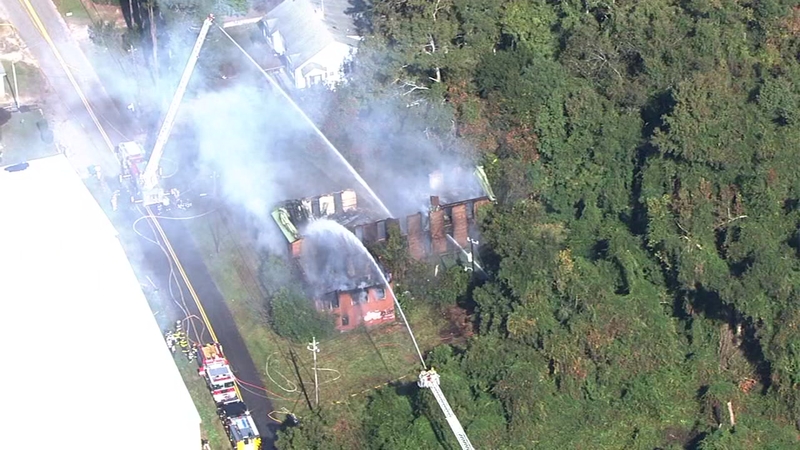 Pictures from Chopper 11 showed that there was little left but the walls of the multi-story brick building, which was reportedly being used to store antiques.