Do you recognize these two? Pair wanted in Cary vehicle break-ins 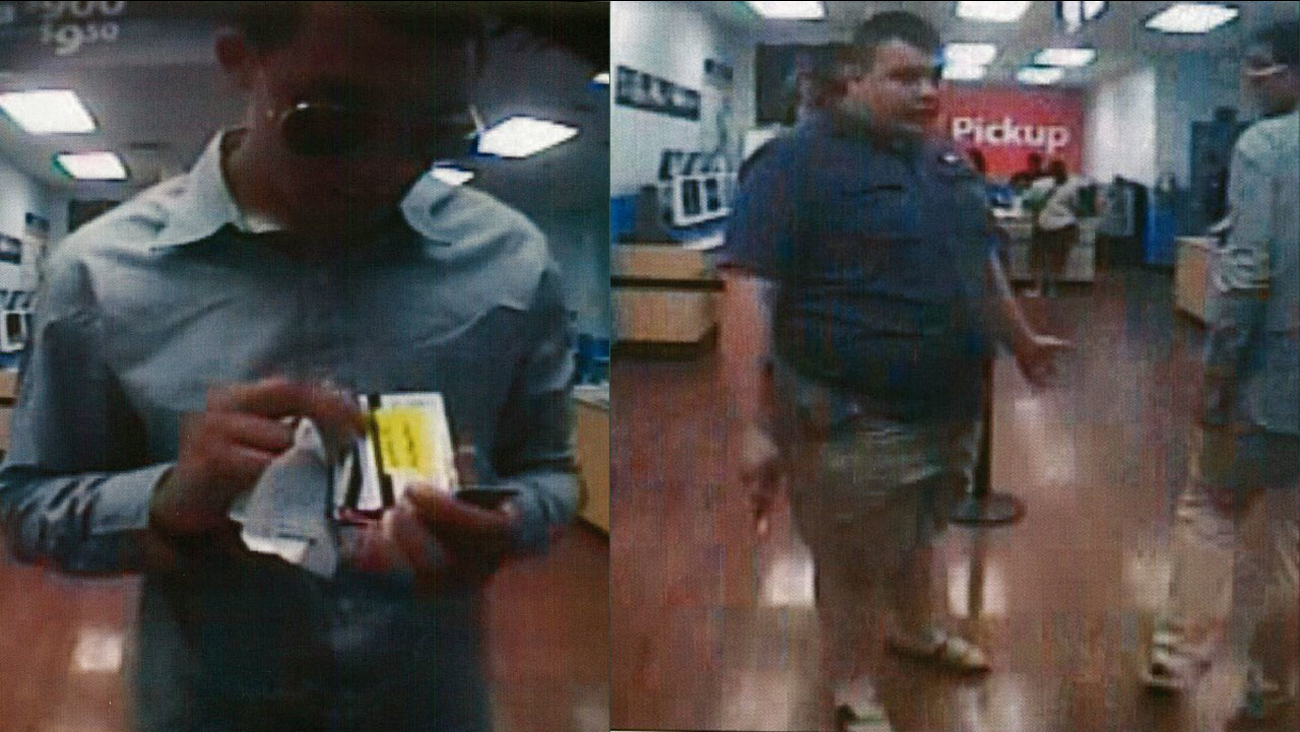 CARY (WTVD) -- Authorities in Cary are asking for the public's help in identifying two suspects wanted in connection with several vehicle break-ins.

Police say the suspects broke into vehicles and stole credit cards in southeastern Cary near Tryon Road and SE Cary Parkway, and then tried to use the cards at an ATM inside Walmart at 2010 Kildaire Farm Road.

The suspects were captured on ATM video.

The first suspect was described as a Hispanic or Middle Eastern man, between 17-23 years of age, with dark hair, a slim build and an average height. He was last seen wearing aviator-style sunglasses, a blue button-down shirt and khaki pants.

The second suspect was described as a heavy-set white man, around 17-23 years of age, with an average height and dark hair. He was last seen wearing a dark blue button-down shirt, khaki shorts and sandals.

Authorities are reminding vehicle owners that crimes of opportunity such as car break-ins can be avoided by not leaving valuables in plain view and to roll up windows and lock their doors.