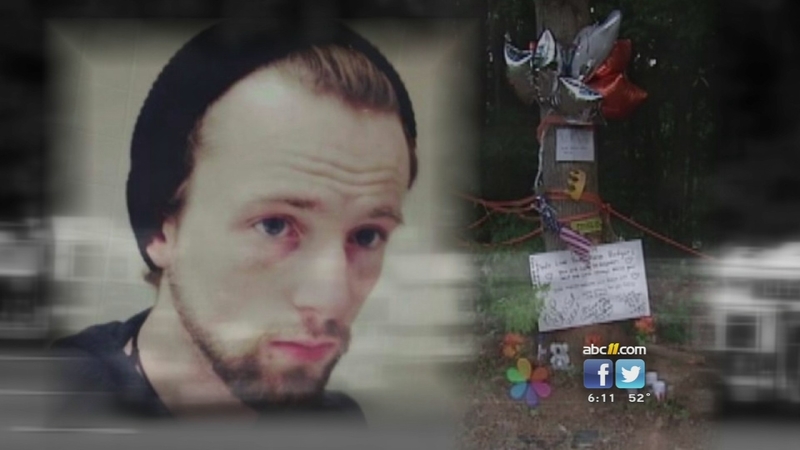 A Life Half Lived

CARY, N.C. (WTVD) -- Darryl Rogers and his wife are still coming to terms with the death of their son, Chase.

Chase was killed in a crash on I-40 in 2014. He was a passenger in the car when the driver, Stacy Bergeron, crashed into the woods near the Wade Avenue area.

Bergeron was charged with a DWI and killed herself before the trial. Authorities later found she had no alcohol in her system, but traces of marijuana.

Chase's dad had to break the news to his mom.

"I told her that Chase had been killed in a car wreck," he said. "That was really hard...that was hard. Bergeron didn't have a license and police charged her with DWI."

To help heal, Darryl decided to write a book, A Life Half Lived. In it he describes the events leading up to the death of his son and what happened after.

He talks about Chase growing up, playing football, being an Eagle Scout, and going to college.

"He was a small athlete, but he had a big heart he was really gifted with speed and agility and good hand eye coordination," he said.

He also talks about the drug culture that he feels stole his son.

By his second semester, Chase was a college dropout and back home in Cary.

"It all started with marijuana in college and then he experimented with other drugs," Darryl said.

He said the book acts as a cautionary tale for kids like Chase who are struggling with drugs and for parents who are trying to help them.

"It may not seem that serious to use drugs or marijuana. But if you read the book, I think you'll see the progression that Chase went through that lead him to a really bad place really quickly."