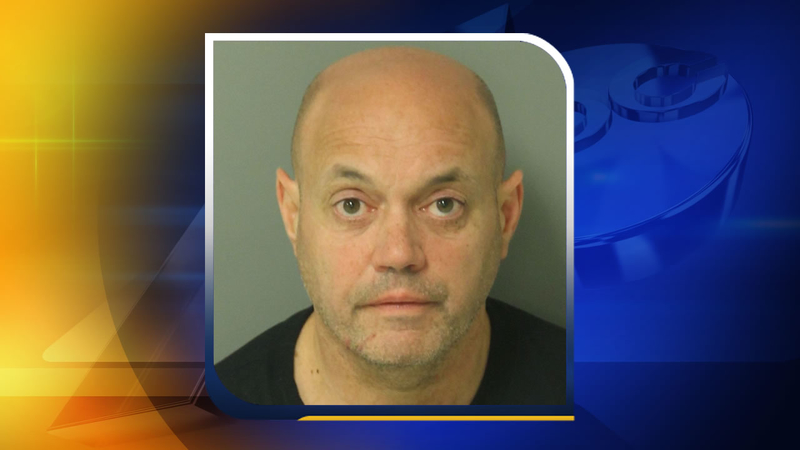 CARY, NC (WTVD) -- Police have released the 911 calls made as a Cary man allegedly used a sword to stab his dog to death.

"Someone just killed a husky in their backyard with a sword," reported one caller - who said it was happening near Hillcrest Cemetery at the end of Page Road.

In a second disturbing call, you can hear the dog screaming in the background.

"What are you doing to this dog?" the caller yells at Hagler.

"He has a sword in his hand and he just stabbed the dog," the caller tells the 911 operator.

Authorities said the 13-month-old Husky named "Koda" was tied to a tree when it was stabbed. Hagler owned the dog. Investigators said it had apparently bitten Hagler's roommate.

"He kept saying 'that dog's a killer,'" said the 911 caller - who described the sword as having a black handle and being approximately 30 to 36 inches in length.

Hagler, of the 500-block of South Harrison Ave. was arrested at 1 p.m. Sunday and released later that day after posting a $5,000 bond.