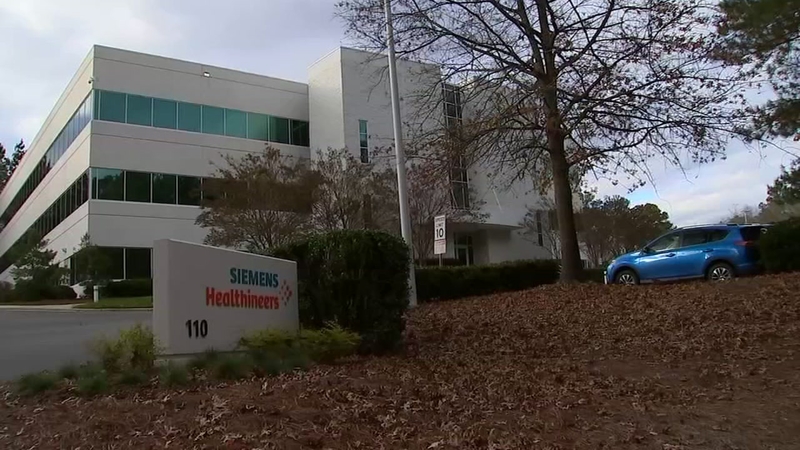 CARY, N.C. (WTVD) -- Three female workers at the Siemens Healthcare office in Cary claim a male co-worker followed them up a staircase in their office and took pictures under their skirts.

The ensuing investigation by Cary police is detailed in a search warrant made public at the Wake County Justice Center.

In it, investigators describe getting a secret peeping complaint from 100 block of Macalyson Court in Cary in late August.

When they began their investigation they said they learned all three women had brought the incidents to the attention of Siemens Human Resources Department.

They said the company's internet technology team had also begun looking into the male employee's company devices including an iPhone and laptop and found thumbnail "upskirt" images.

One of the victims told investigators she believed the male suspect had taken pictures underneath her garment more than once as she walked up a staircase to their office area.

Another victim is said to have told police that the male suspect's desk was near a window that looked out on the parking lot.

"This employee felt Mr. (redacted) watched from his desk where she parked. If she had a dress/skirt on he went down the stairs when she came in and then walked up with her. (The woman, name redacted) also said that Mr. (redacted) had his phone in his hand during these times," Cary police investigator M. Savage wrote in the search warrant.

Although the suspect is named in the court document, he has not been charged at this point so ABC11 is not using his name.

A Siemens Medical Solutions spokesperson emailed ABC11 this afternoon about the case.

"Siemens Healthineers is aware of the matter and is fully cooperating with law enforcement," wrote Lance Longwell.

According to the search warrant, Siemens at first suspended the suspected employee without pay and then fired him.

The search warrant was for the suspect's home in southern Wake County and was served last month.