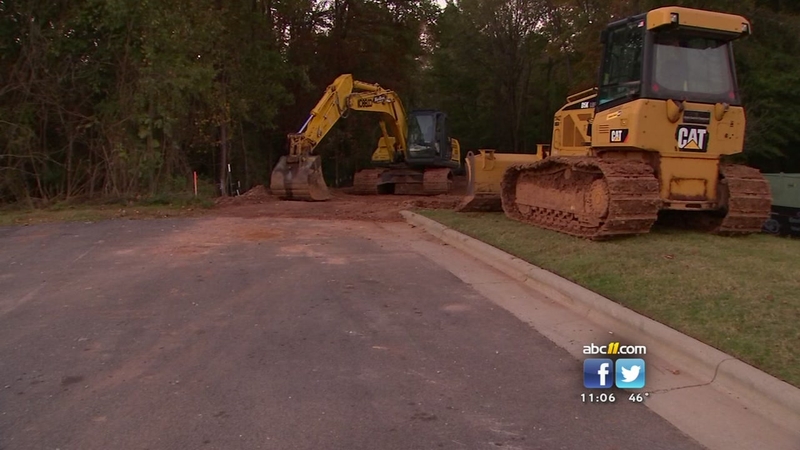 Putting the brakes on a road proposal

MORRISVILLE, North Carolina (WTVD) -- Residents of Morrisville and Cary neighborhoods appear to have slowed a controversial plan to add a new gateway to the Triangle Expressway.

In two separate proposals, transportation planners on both the local and regional levels suggest extending Crabtree Crossing Parkway by .31 miles, connecting the southern stretch with Town Hall Drive and then with Highway 147.

"We're always looking for alternatives to the current roadways that are congested during rush hour," Morrisville's mayor, Mark Stohlman, told ABC11. "If you look at a map, it makes sense to make this connection - until you're on the ground and see the impact."

First unveiled in 2009, Morrisville's Town Council put the brakes on the Crabtree Crossing Extension for both traffic and fiscal concerns; Stohlman says the project at that time would've cost taxpayers as much as $15 million.

The proposal also drew intense scrutiny from residents of the nearby Preston neighborhood who worry the traffic would threaten pedestrians, bikers and children.

In recent weeks and months, however, the proposal resurfaced in the Town of Morrisville's updated 2017 Transportation Plan. Additionally, the NC Capital Area Metropolitan Planning Organization (CAMPO) included the same proposal in its 2045 Transportation Plan for the region.

Stohlman, who earlier served on Morrisville's town council, said he was surprised by both the town's and CAMPO's inclusion of the plans.

"The reasons we struck it down the first time haven't changed," Stohlman told ABC11.

In a statement sent to ABC11, Alex Rickard, Deputy Director of CAMPO, said, "The Crabtree Crossing Parkway Extension project was included in our Draft 2045 Metropolitan Transportation Plan (MTP) for evaluation. At the CAMPO Executive Board on October 25th, comments were received by both the Town of Cary and the Town of Morrisville resulting in the Town of Morrisville requesting the project be removed from consideration. We have made that change to our planning documents and our online maps will be updated very soon."