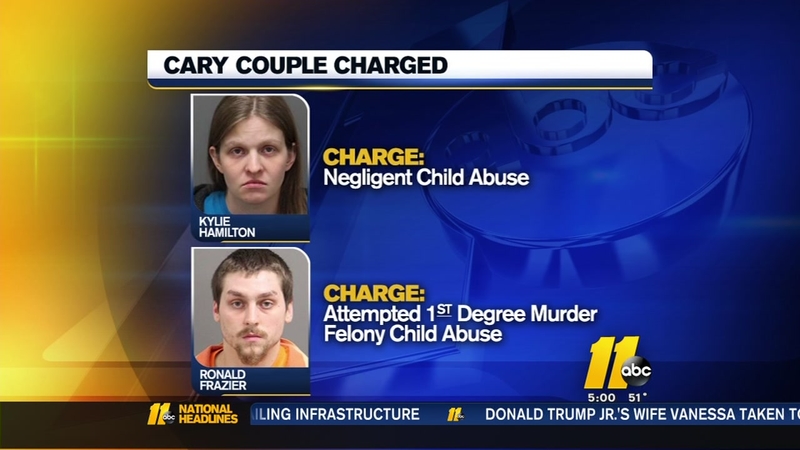 CARY, NC (WTVD) -- A Cary mother has been arrested after police said she allowed her boyfriend to abuse her 4-year-old child.

The investigation began February 8 when Hamilton brought her child to WakeMed Cary with severe injuries including a fractured skull.

Police said they believe Hamilton knew about the incident and delayed getting medical help.

The hospital staff alerted the Cary Police Department to the injuries, per protocol.

As a result, Frazier was charged with attempted first-degree murder and felony child abuse.

Frazier was later arrested for assault on a female and felony strangulation, stemming from a separate, but possibly related incident, according to police.