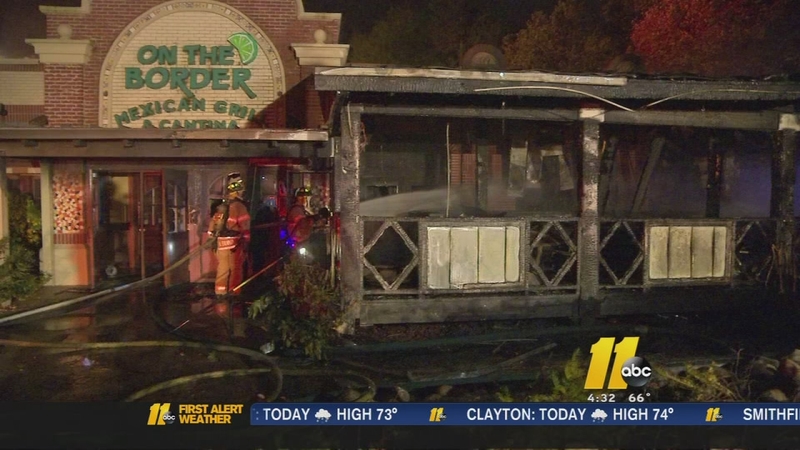 CARY (WTVD) -- Authorities in Cary are investigating the cause of a fire that damaged an On the Border Mexican Grill & Cantina early Thursday morning.

The blaze was reported just after 12:15 a.m. at the restaurant along Walnut Street.

Eyewitness Ian Webb told ABC11 he saw flames coming from the building as he was heading home from a nearby restaurant.

"I saw an orange glow with a lot of smoke," he said. "I know the area very well, so I knew that something was wrong. As I got closer, the flames were massive and the smoke was dark."

Webb said the fire grew quickly despite the rain.

Authorities said there is extensive damage to the inside and outside of the restaurant.

"It started out on the outside patio somehow moved its way into the bar area and then throughout the main part of the restaurant so a lot of smoke and a lot of damage throughout," Cary Fire Department Battalion Chief Barry Jones said.

The staff had just left about a half hour before the fire broke out. Fortunately, nobody was inside and nobody was injured.

According to the Cary Fire Department, it will need extensive repairs before it can open back up. The cause of the fire remains under investigation.