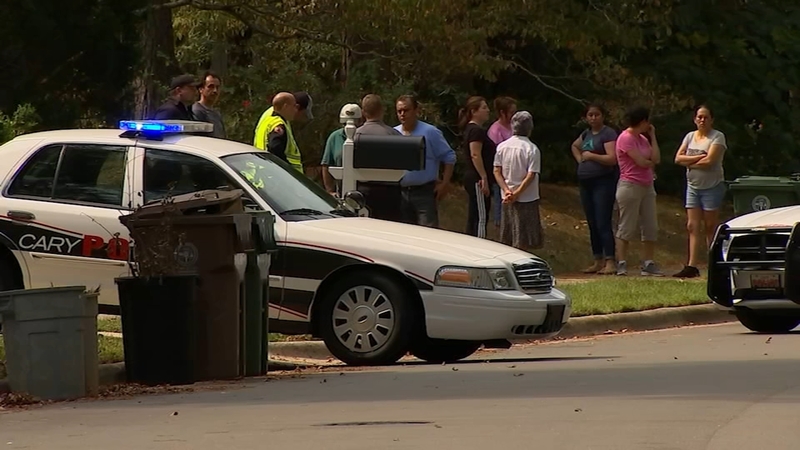 CARY, N.C. (WTVD) -- Authorities are investigating after a woman was hit and killed while standing outside her Cary home Monday morning.

Police said around 9 a.m., a 16-year-old boy behind the wheel of a Ford Escape was coming around a curve in the road when he struck 52-year-old Sandra Verastegui on Castalia Drive.

The Ford SUV with a smashed hood and front, driver's side bumper was still parked in the middle of Castalia Drive Monday afternoon. Trash was strewn about on the curb with a busted garbage cart and broken mailbox on the ground.

Police have not identified the driver of the SUV or said what led up to the crash.

Charles Creech, who did not witness Monday morning's fatal crash, lives in the neighborhood and refers to it as a known cut-through, connecting High House and Maynard roads, where drivers routinely speed.

"I don't walk on this street because people speed through here all the time," Creech said. "Everybody in this neighborhood is affected by this. We're affected by it. I've had people go by my house at 50 and 55 miles an hour."