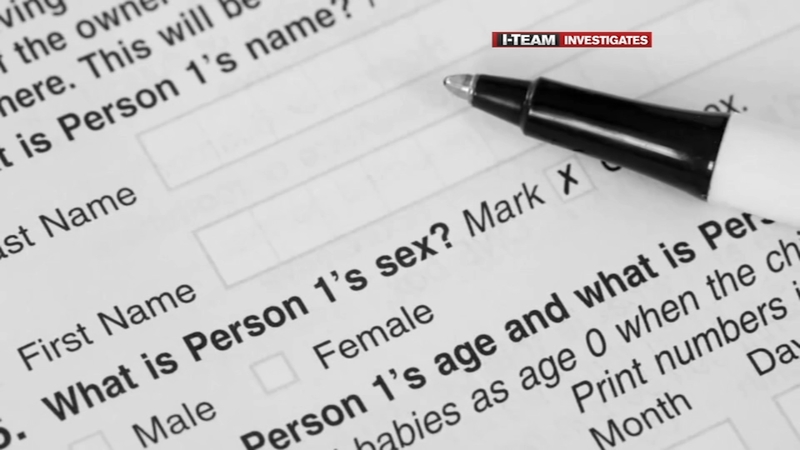 RALEIGH, N.C. (WTVD) -- Several neighborhoods in North Carolina are losing hundreds of thousands of dollars in federal funding because they've been under-counted in the U.S. Census.

With preparations for the 2020 Census well underway, both state and federal officials are promising residents they have a lot to gain by filling the forms out and warning of more losses in the future if they don't.

"If you don't participate, if you're missed, that means you don't count in your community," Bob Coates, Gov. Roy Cooper's Census Liaison, explained to the ABC11 I-Team. "Financially, planning-wise and voice-wise. This is your way of bringing your tax dollars back to your community."

New to the Census? It's in the Constitution.

Conducted every 10 years, the foundational mission of the U.S. Census is to determine the population of the United States, including who they are, where they are and what they do. As the U.S. government is based on a model of a representational republic, the Census helps determine how to apportion the 435 seats in the U.S. House of Representatives, one of two chambers in Congress (every state gets two Senators).

States with greater populations, such as California and Florida, thus have more Congress members than states with smaller populations (every state is guaranteed at least one).

Within the states, the legislature uses Census data to apportion its own districts for representation in state government. In North Carolina, the General Assembly consists of 70 seats in the House and 50 in the Senate.

Populations, of course, change over time, with many people moving between states for a variety of reasons, so the Census taking place every 10 years is the important update to the system.

After the 2010 Census, North Carolina was granted 13 congressional districts. According to estimates, the Tar Heel State could get its 14th district because of the growing population. If North Carolina does gain a seat, it will come at the expense of a state which has had a declining population.

The same principles apply within the state, as areas like Raleigh and Charlotte could stand to gain a greater proportion of seats in the General Assembly than some areas that have seen a decline in population.

Getting the right count -- and the count right

Current estimates for 2020 expect the U.S. population to top 330 million people. Indeed, the task is overwhelming.

"The task of the census is to count people where they live and not where they get their mail delivered." Coates said. "The census is counting everyone once, only once and in the right place."

The Census, though, can only be as accurate as the answers from those responding. The Census Bureau asks that as many households as possible fill out their Census forms, and there's a massive communications campaign to help spread the word.

Historically, much of America has responded when called for the Census, but other parts of the country have emerged as "hard to count" areas. This is where the self-response rate is relatively low, and the data is showing those hard to count communities are predominantly poor and minorities.

Besides representation, the results of the Census determine federal funding that totals more than $675 billion toward services such as health care, public safety, education and transportation, so the stakes couldn't be higher.

"We're looking at $1,623 per person per year in federal funds and added to that is about $205 per person per year in state funds that are apportioned based on census numbers," Coates said. "If a community (is under counted), they're not getting funds to these larger federal programs. Things like Medicaid, Community Development Block Grants, and school lunch programs. Those dollars don't just sit there until next time. They go to some other community."

Hard to Count areas in the Triangle

The Census Bureau will hire an army of hundreds of thousands of people for what is calls "the nation's largest peacetime mobilization of its workforce."

The Census staff, besides handling the mountain of administrative work, will also be in the field to talk with each non-responding household in a given community (each community is divided into a census tract).

Using data from the 2010 Census, the Center for Urban Research at the City University of New York created a mapping tool lab that identifies "hard-to-count" areas as those with a self-response rate at 73 percent or less.

The I-Team reviewed the HTC2020 website and found hard-to-count neighborhoods consistent with this analysis, with many hard-to-count areas in southeast Raleigh, Durham, Sanford, Goldsboro and Fayetteville, among others.

Making sure you're counted

By April 1, 2020, households will receive an invitation to participate in the census, and for the first time ever there will be three ways to respond: online, by phone or by mail.

The 2020 Census will count everyone once, only once, and in the right place.

It is important to remember to count any children who are living with you. This includes: