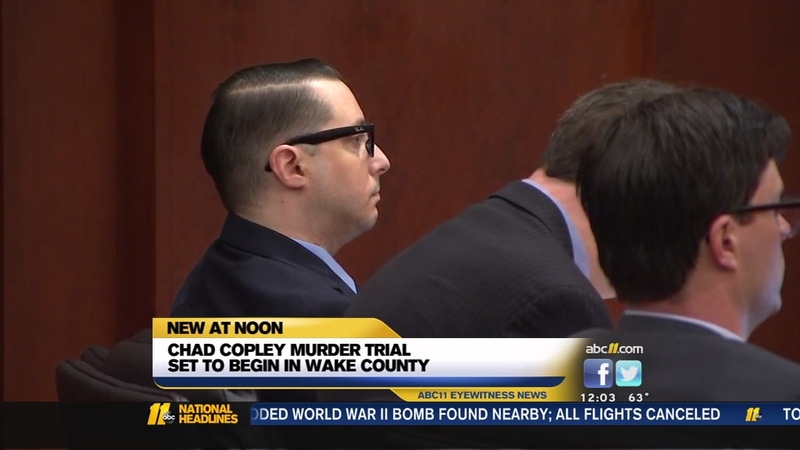 RALEIGH, NC (WTVD) -- Jury selection got underway Monday for the trial of Chad Copley, a homeowner who fired a shot that killed a 20-year-old.

Copley was indicted in 2016 by a Wake County Grand Jury on murder charges after police said he fatally shot 20-year-old Kouren Thomas on August 7, 2016. Authorities said Copley fired a shotgun from inside the garage of his house on Singleleaf Lane in Raleigh and hit Thomas, who later died at a hospital.

Copley called 911 that fateful morning to report "hoodlums" on his street and says he fired a warning shot. In the 911 call, he told the dispatcher, "We have a lot of people outside of our house yelling and shouting profanities. I yelled at them, 'please leave the premises.' They were showing a firearm, so I fired a warning shot and we got somebody that got hit."

"I could say the defendant is charged with non-capital first-degree murder, et cetera and the defendant has entered a plea of not guilty," the judge said.

Responding to a question from the prosecutor about questions about race and sex that might be heard by people in the jury pool, the judge said those questions would be allowed.