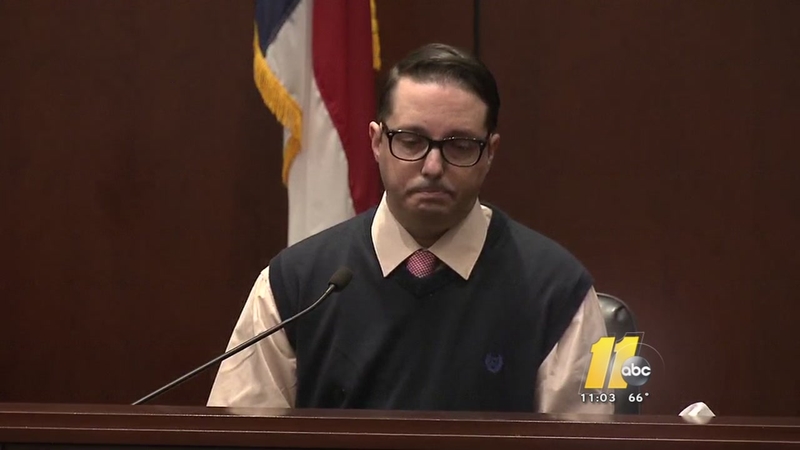 The jury's decision was unanimous. The jury deliberated for less than two hours.

Copley will be sentenced Friday.

Copley was indicted in 2016 by a Wake County Grand Jury on murder charges after police said he fatally shot Thomas on August 7, 2016. Authorities said Copley fired a shotgun from inside the garage of his house on Singleleaf Lane in Raleigh and hit Thomas, who later died at a hospital.

Thomas' mom, Simone Butler-Thomas, said Thursday the past 18 months have been painful. She lost her son and has been struggling with his legacy.

"This was so hard and it was so hard to go through today, every day," she said. "He was an excellent child, sweet child, loving child, protective child, and he didn't deserve to die on the curb."

“Maybe he can rest now knowing that his name was cleared.” - Mom of murdered 20-year-old Kouren Thomas. #abc11 pic.twitter.com/4A5ZNkL63f

Copley did take the stand during the trial saying that fateful August morning in 2016 he felt threatened by the crowd of kids on his property.

"I grabbed the shotgun and I load it with five rounds," said Copley.

He argued he acted in self-defense.

"(They) actually lifted their shirts up, flashing the firearms," he said. "I kept telling them to leave and he reached for his gun and I shot him. "

“What Chad Copley did that day was not self-defense” — attorney for Kouren Thomas’s family speaking now after a jury found Copley guilty of murder. #ABC11 pic.twitter.com/yHSGBUyyFE

Butler-Thomas said the characterization of her son as a "hoodlum" has hurt her deeply.