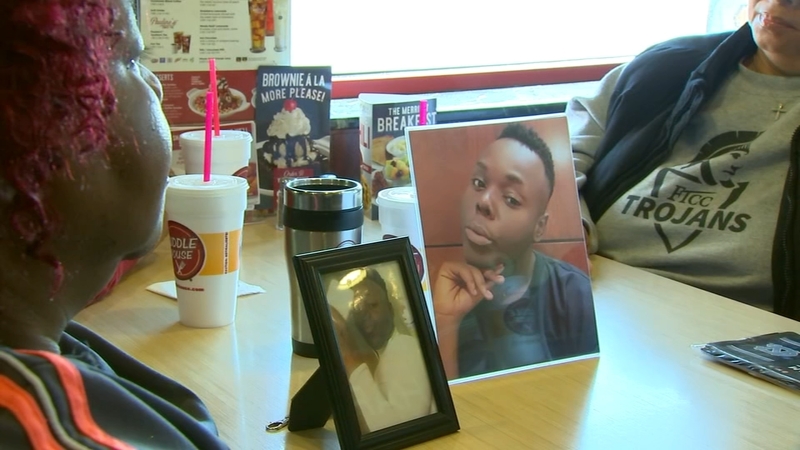 RALEIGH, N.C. (WTVD) -- Wednesday marks the 20th annual Transgender Day of Remembrance and people across the nation are gathering to remember transgender individuals who were killed this year.

The names of the 22 transgender individuals who have been killed this year were read aloud at events across the country, including at the state capitol in Raleigh where a candlelight vigil and reception was held.

Among the 22 names read aloud at the 20th annual Transgender Day of Remembrance in Raleigh; Chanel Scurlock, a transgender woman who was murdered in Lumberton back in June.

Today is Transgender Day of Remembrance. The names of 22 transgender individuals killed this year are being read aloud at events across the country, including at the state capitol in Raleigh. #abc11 #trans #Raleigh pic.twitter.com/7kHYZgVhrw

"I feel honored," Scurlock's mother, Brenda said. "Avery's life mattered. He didn't deserve to die like he did in a violent way like how he died. Nobody deserves that, a transgender, bisexual, whatever, nobody deserves to die like that."

Family members referred to Scurlock as Avery and friends knew Avery as Chanel. Scurlock identified as a female and asked people to use the name Chanel, Scurlock's best friend Shania Aguirre said.

Scurlock was robbed, shot multiple times and left in a field in Lumberton. Javaras Hammonds is accused of the murder.

Brenda still goes to Huddle House in St. Pauls every day, the way she used to when Scurlock was alive.

"He was with me every day," Brenda said. "It's just hard being without him. He was like my best friend."

The LGBT Center of Raleigh organized the candlelight vigil at the state capitol.

"It's important to note that the trans community is still dealing with a lot of things," said Kori Hennessey, of the LGBT Center of Raleigh. "And it's just not OK."

The FBI's latest hate crimes report issued last week showed the number of transgender people targeted rose 34 percent from 119 in 2017 to 160 in 2018.

Of the 22 killed this year, all but one are African-American.

"There's already prejudice, most likely with the color of their skin and their race, then you throw in the prejudice of gender identity," Hennessey said.

Brenda feels her child was targeted because of being transgender and hopes to raise awareness about violence against the trans community.