4 board members sworn in at Chapel Hill-Carrboro City Schools 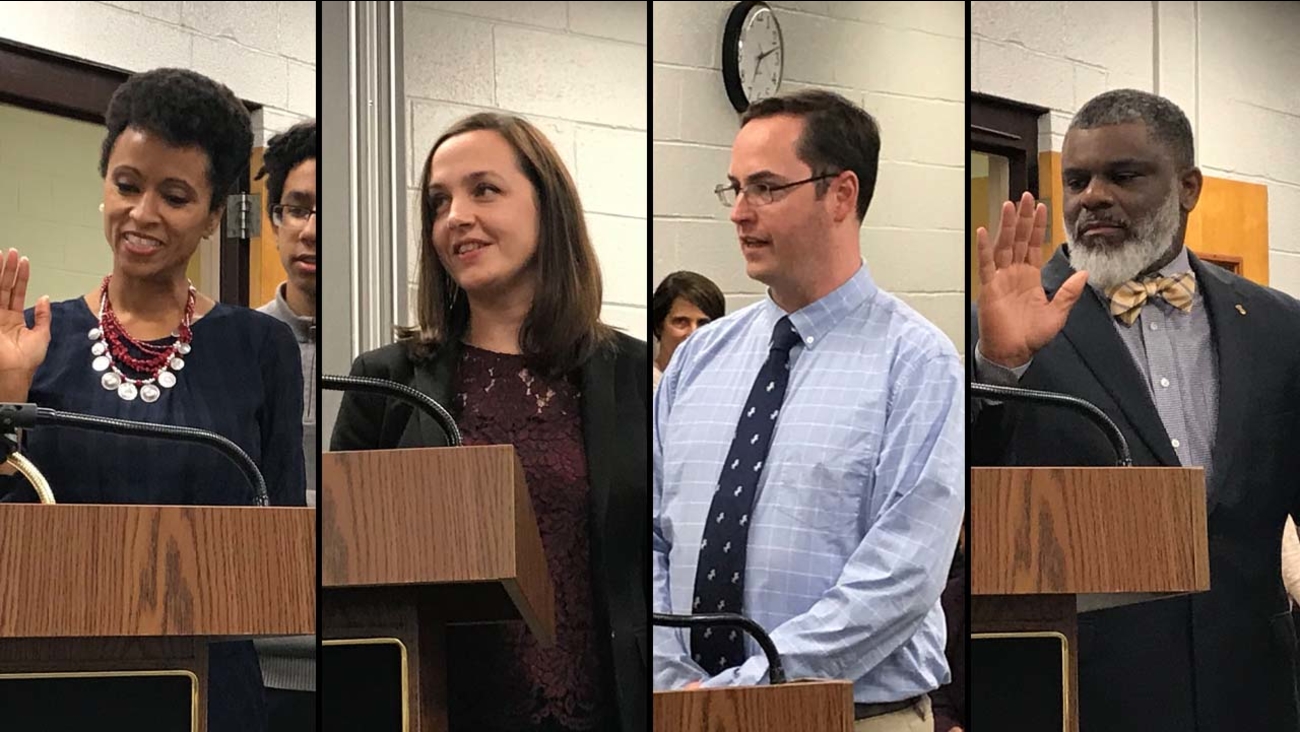 CHAPEL HILL, N.C. (WTVD) -- Chapel Hill-Carrboro City Schools swore in four of its board members Thursday. Three of those members were newly elected, while the fourth was re-elected.

Rani Dasi is the re-elected member. She previously served as board vice chair and chair.

Newly elected Jillian La Serna is assistant professor of Educational Leadership at the University of North Carolina at Charlotte. She was previously the principal at Carrboro Elementary School. She also earned her Ed.D from UNC-Chapel Hill.

Newly elected Ashton Powell is a biology teacher at North Carolina School of Science and Math. He previously spent time on the UNC System Board of Trustees. He also holds a PhD in Neurobiology from UNC-Chapel Hill.

Newly elected Deon Temne is a U.S. Army veteran. He served in the Army for 14 years and worked in Washington D.C. for 20 years as a cybersecurity program manager and senior engineer with the U.S. Department of Commerce.