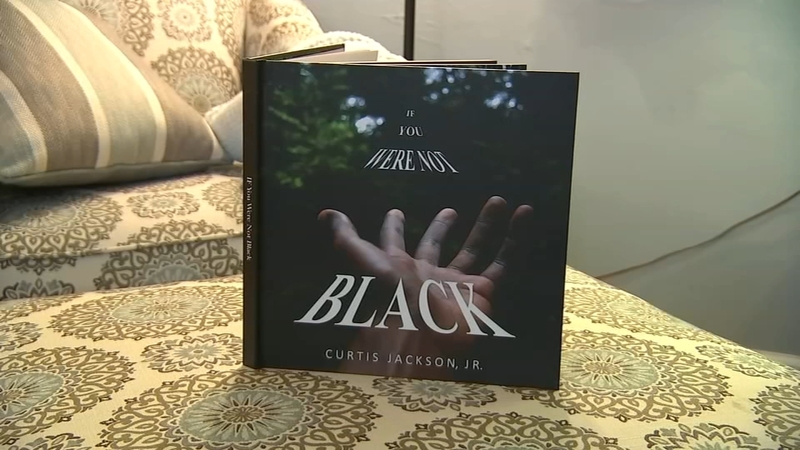 CHAPEL HILL, N.C. (WTVD) -- Brenda Womble and Curtis Jackson felt a calling to write a coffee table book titled "If you were not Black".

They hope it will help white America understand the Black experience.

"This book is about the inside knowledge of the Black experience, past, present, and it seeks to bridge the gap of the racial divide in America," said Womble.

Womble and Jackson live in Chapel Hill and are friends from church.

The death of George Floyd was the spark for them to create the book.

"My objective is to get more people to see a wider perspective of how the race issue has permeated every facet of our lives," said Jackson.
EMBED More News Videos

The book is a collection of thirty deeply personal stories.

"As you go through the book, you see incident after incident over the years of people who were deprived of their greatness just because of the color of the skin," said Womble.

The stories were written by their friends and family.

Jackson is retired and spent most of his career at the UNC Gillings School of Global Public Health.

Womble is a professor at North Carolina Central University.

Eyewitness News first profiled her in 2012 for an investigative report about her sister and their suspicion that she was the victim of North Carolina's Eugenics program.
EMBED More News Videos

We also reported on a play she wrote about her best friend and his experience as a Black soldier in Vietnam.

In 2016, Eyewitness News reported on her son's decision to move his family to Kuwait, where they found a refreshing environment to raise their family.

In the new book, Womble is taking us on a journey through other moments of Black history, including the story of Claudette Colvin, an unsung heroine of the Civil Rights Movement.

As a 15-year-old, Colvin refused to give up her seat at the front of a bus in Montgomery, nine months before Rosa Parks.

"She was arrested, taken to jail, and her daddy was afraid that the KKK was going to come to their home at night," said Womble. "So, he stayed up all night with a shotgun."

Womble and Jackson have a wish for people who read their book.
EMBED More News Videos

"That they would involve themselves as a change agent, not just saying 'yeah I know about this,' but to become intimately involved in the process," said Jackson.

"The majority of white America does not understand," said Womble. "Black America is our story and if that information can get out there, then we are on our way."