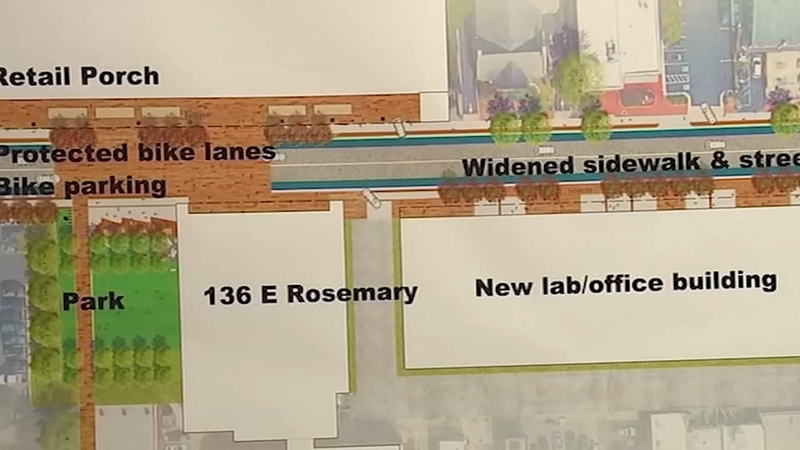 Chapel Hill Town Council voted unanimously in favor of allowing town staff to pursue a Memorandum of Understanding with the developers of the proposed East Rosemary Downtown Redevelopment Project. But the unanimous vote did not come without a vigorous debate over whether the cost of the potentially transformative project was too much to put taxpayers on the hook for.

To finalize the deal, city leaders must approve on an agreement to pay $28 million upfront to foot the bill for the 1,100 space parking garage.

Town staff's recommendation is the investment is worth it, that taxpayers would end up profiting from the deal, once the garage is open for business. And many residents agree with the recommendation and believe downtown suffers from a major parking problem that the parking deck would fix.

"It seems like a good idea to me," said Chapel Hill resident Dail Dixon. "There is a parking issue downtown, I believe."

"This is a really major first step to bringing a 200,000 square foot office building and at least 700 to 800 employees to that area, which is a major first step to it. You're going to activate up to 50 percent of that area," said Matt Gladdek, Executive Director of the Downtown Chapel Hill Partnership.

Gladdek acknowledged the concerns of some council members over the price tag and the potential risk of betting on a parking garage to deliver a return on investment.

"Absolutely (those concerns could hold the deal back). And this needs to be vetted well," Gladdek said.

Now that vetting begins for this proposal that promises 800 new jobs for downtown Chapel Hill and energizes what one council person called a downtown "dead zone."

Wednesday night's vote sets up a meeting on March 4 as a chance to get more specifics from the developer Grubb Properties. The parking garage could be approved by June.