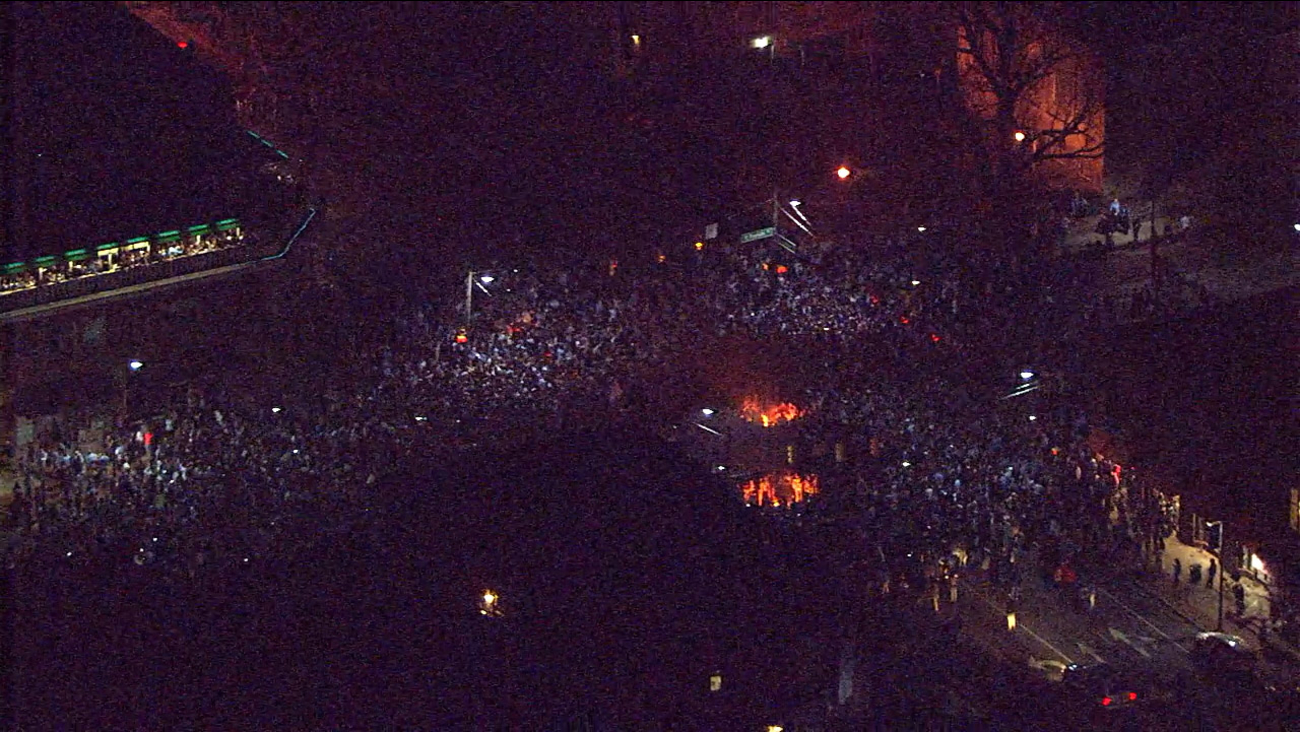 CHAPEL HILL, N.C. (WTVD) -- School and town officials are expecting large numbers of people downtown Monday night as the Tar Heels take on the Villanova Wildcats in the NCAA Championship. Tip-off will be shortly after 9:15 p.m.

Read more: Over 150 UNC fans wait outside just to see their team at 'Topo'

If you're headed that way, here's some important information you need to know:

If you're going to the Dean Smith Center to watch the game, doors open at 8 p.m. to students, staff, and faculty and 8:30 p.m. to the general public. Admission is free but parking will be $5.

Chapel Hill officials say parking downtown will be limited, and no parking in the neighborhoods adjacent to downtown is permitted.

In the event of a UNC win, some streets downtown may close. They could include:

Traffic would also be diverted:

Town officials said there will alcohol checkpoints as well as DWI enforcement.

Climbing light poles and trees are prohibited as well as jumping bonfires, according to officials.