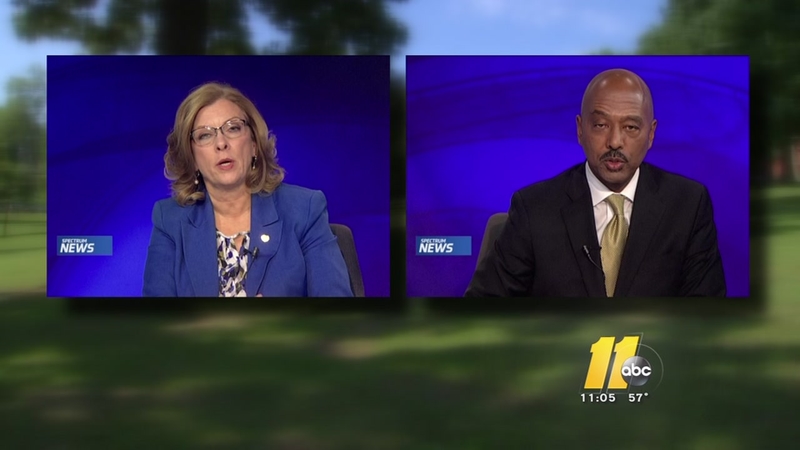 "I don't think gentrification is a problem," proclaimed Charles Francis, when asked about socio-economic disparities in the city, "displacement is the problem."

Incumbent Mayor Nancy McFarlane relied heavily on her record on the city council during the debate and referred multiple times to her commitment to creating more affordable housing in Raleigh.

The state of public transportation in Raleigh also provided opportunity for the candidates to distinguish themselves. Francis said he would work toward three big goals: reducing wait times on all routes, improving the shelters and stops, and improving management and technology of transit system. McFarlane said she's been leading the way on transit issues for years. "It's about providing choice and how they get around."

The future of Dorothea Dix Park was another a point of contention.
Francis argued for more equity of funding spread around city parks; McFarlane pushed for a more speedy realization of Raleigh's dreams of a "Central Park" of its own.

"Dix is important but we've got to have equity," argued Francis. "It's not right that there are parks in Southeast Raleigh that we still don't have air conditioning in the gym." McFarlane pushed back saying Dix would be an "economic driver for the city for generations."

There was more disagreement about whether a proposed new government complex ought to be built in Raleigh.
"This is one of the key differences," said Francis, "I am not for a $165 million Taj Mahal before we deal with the other needs mentioned in this campaign."

"Whatever decision comes out of this," countered McFarlane, "will be a smart business decision. Perhaps you don't understand how business works."

A thematic break between the candidates calcified around the idea of leadership, with McFarlane arguing her record largely speaks for itself and Francis saying it's time for a change.

He brought up the recent spat between the city and firefighters over pay and benefits as an area where McFarlane could have been stronger. McFarlane fired back, "What I did was bring police and fire into the room, and worked out a solution and that's how leadership solves problems."