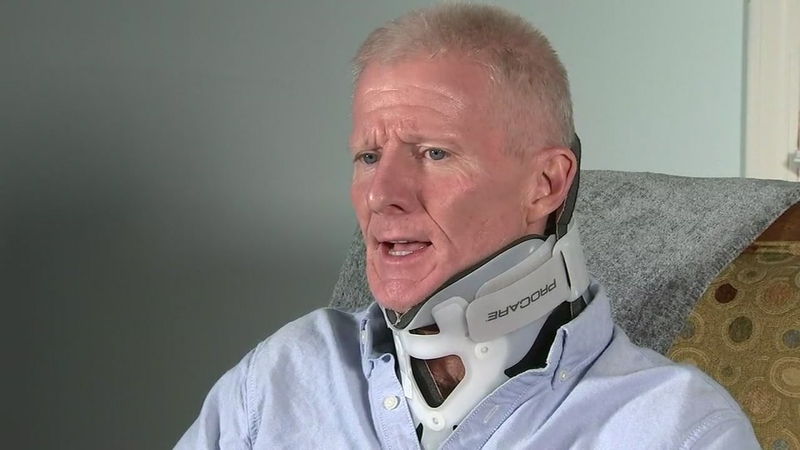 When 37-year-old Lee Dingle from Raleigh broke his neck in a tragic accident at Oak Island beach, he was not the first to suffer this serious injury there.

Dingle died shortly after the accident but weeks earlier, former Charlotte police officer John Diggs was body surfing at the same beach when a wave came close to shore and smashed him against the sand -- breaking his neck.

Diggs survived the ordeal and feels lucky to be alive.

"Even if this hadn't happened to me it would still be just a powerfully sad story. I mean that family is going through. They're grieving, and I'm keeping them in my prayers," John Diggs said of Dingle's family.

Dingle was playing with his children when a wave pushed his head to the ground and broke his neck.

His wife, Shannon Dingle, said swelling from the injury caused the father of six to suffocate. Dingle's organs were donated and helped 55 other people survive.

Diggs' doctors said there doesn't appear to be any permanent nerve damage, but he will be in a neck brace for several weeks.