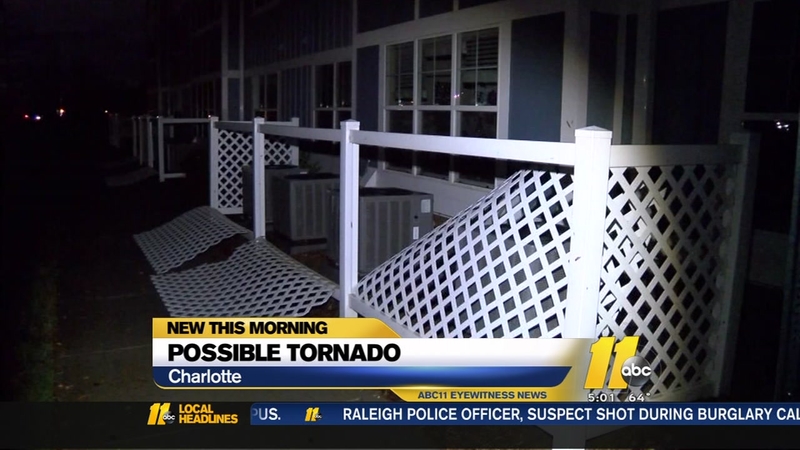 CHARLOTTE, NC (WTVD) -- A team from the National Weather Service is heading to Charlotte Thursday to check on reports that a possible tornado touched down in the southwestern part of the city.

WSOC reports Wednesday night's storms damaged some homes, knocked down trees, and even blew over a tractor-trailer.

Tornado warnings were also issued as the storms rapidly moved south of Interstate 85.

In Greenville, South Carolina, a tree slammed into a home, landing on a child's bedroom. The child's mother said she told him to get out of the room seconds before the tree came down.

In Atlanta, at least three tornadoes touched down near the city.

"I've never experienced anything like this, I'm still in shock!" said an eyewitness.