4 arrests made during Charlottesville anniversary rallies

4 arrests made during Charlottesville anniversary rallies

CHARLOTTESVILLE, Virginia -- As of 4 p.m. on Sunday, four people have been arrested in connection with incidents in and around downtown Charlottesville.

Jesse T. Beard, 42, of Charlottesville, was arrested by Virginia State Police on one count of obstruction of free passage.

At approximately 11:04 a.m., Beard deliberately positioned himself in front of police motorcycle units, which were attempting to provide safe passage for a group of demonstrators in the area of Preston Avenue and Eighth Street. He was released on a summons.

Martin E. Clevenger, 29, of Spotsylvania, and Veronica H. Fitzhugh, 40, Charlottesville, were arrested by Virginia State Police on one count each of disorderly conduct.

Around 11:25 a.m., Clevenger approached Market Street Park and stopped to the salute the Lee statue. A small group gathered around Clevenger and began to verbally engage with him. During that exchange, a verbal altercation between Fitzhugh and Clevenger became physical. Both individuals were released on a summons.

Chloe J. Lubin, 29, of Portland, Maine, was arrested by Virginia State Police on charges of assault and battery, disorderly conduct, obstruction of justice and possession of a concealed weapon.

All of the charges are misdemeanors. At approximately 2:10 p.m., a state trooper observed Lubin spit in the face of a demonstrator in the area of Fourth and Water streets. As the trooper attempted to take her into custody, she clung to another demonstrator. Upon her arrest, she was found to be in possession of a metal baton. She was released on an unsecured bond.

A day after tensions between police and community activists nearly boiled over on the University of Virginia's campus, the city of Charlottesville marked Sunday's anniversary of a deadly gathering of white supremacists with a rally against racial hatred.

But some 115 miles (185 kilometers) away in Washington, the principal organizer of last year's "Unite the Right" event was scheduled to hold a so-called white civil rights rally, and police were preparing for crowds of counterprotesters.

Jason Kessler, who abandoned his bid to stage a similar anniversary event in Charlottesville, said in his permit application that he expects 100 to 400 people to participate in his event Sunday afternoon in Lafayette Park, in front of the White House. President Donald Trump won't be there, though. He was at his golf club in New Jersey.

But that could be lower and likely will be dwarfed by counterprotests. Some leading figures in the U.S. white nationalist movement have said they won't attend or have encouraged supporters to stay away.

The National Park Service also issued permits for events organized by DC United Against Hate, New York Black Lives Matter and other groups. Government and police officials in Washington have expressed confidence the city can manage the events without violence; the mayor and police chief have promised a massive security mobilization to keep protesters and counter-protesters apart.

On Sunday morning in Charlottesville, a crowd of more than 200 people gathered in a park to protest racism and mark the anniversary. The group sang songs, and speakers addressed the crowd. Among them was Courtney Commander, a friend of Heather Heyer, the 32-year-old who was killed when a car plowed into a crowd of people protesting the white nationalists.

Commander, who was with Heyer when she was killed, said, "She is with me today too."

The night before on UVA's campus, police had a brief, tense confrontation with students and other activists angry over a heavy security presence. They unfurled a banner reading "Last year they came w/ torches. This year they come w/ badges" and chanted "Why are you in riot gear? We don't see no riot here." More than 200 marched to another part of campus, where many shouted at a line of officers.

Last year, 22-year-old Clara Carlson faced down a group of white supremacists who marched through campus, surrounding her and a group of friends. On Saturday night, she was angry at the police response to the student rally.

"The university administration just let white supremacists roll through grounds with their torches, and for us, they're afraid of us. They are afraid of us because we are demanding change from the university," Carlson said.

The rest of the day had been much quieter, with some residents and businesses expressing that they felt calmer with the police presence in town.

Last year, on Aug. 12, hundreds of white nationalists - including neo-Nazis, skinheads and Ku Klux Klan members - descended on Charlottesville in part to protest the city's decision decided to remove a monument to Confederate Gen. Robert E. Lee from a park.

Heyer's mother, Susan Bro, told The Associated Press that she has been dreading the anniversary of her daughter's death for months. On Sunday morning, she plans to bring flowers to the spot where her daughter was killed.

Bro likened losing a child to standing in shallow water as waves roll continually in: "You let the wave wash over, and you don't chase it. You let it go and you're OK until the next one comes. But today, I feel like high tide is in." 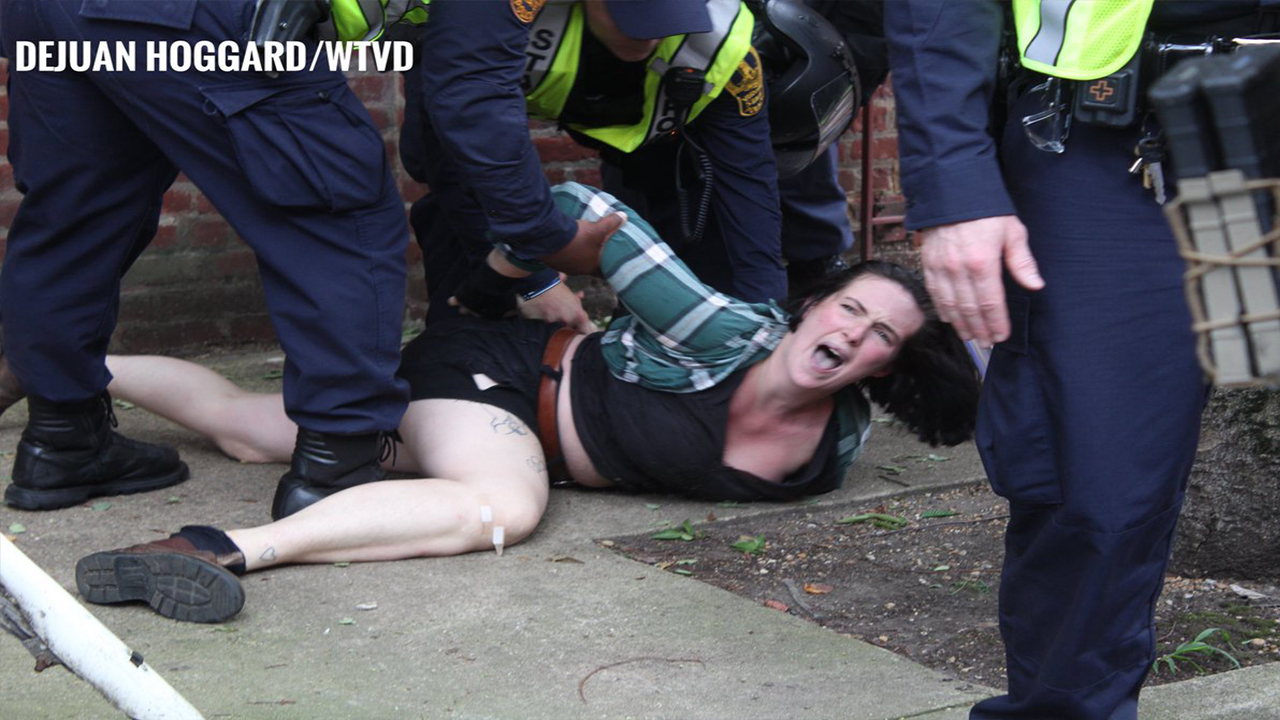 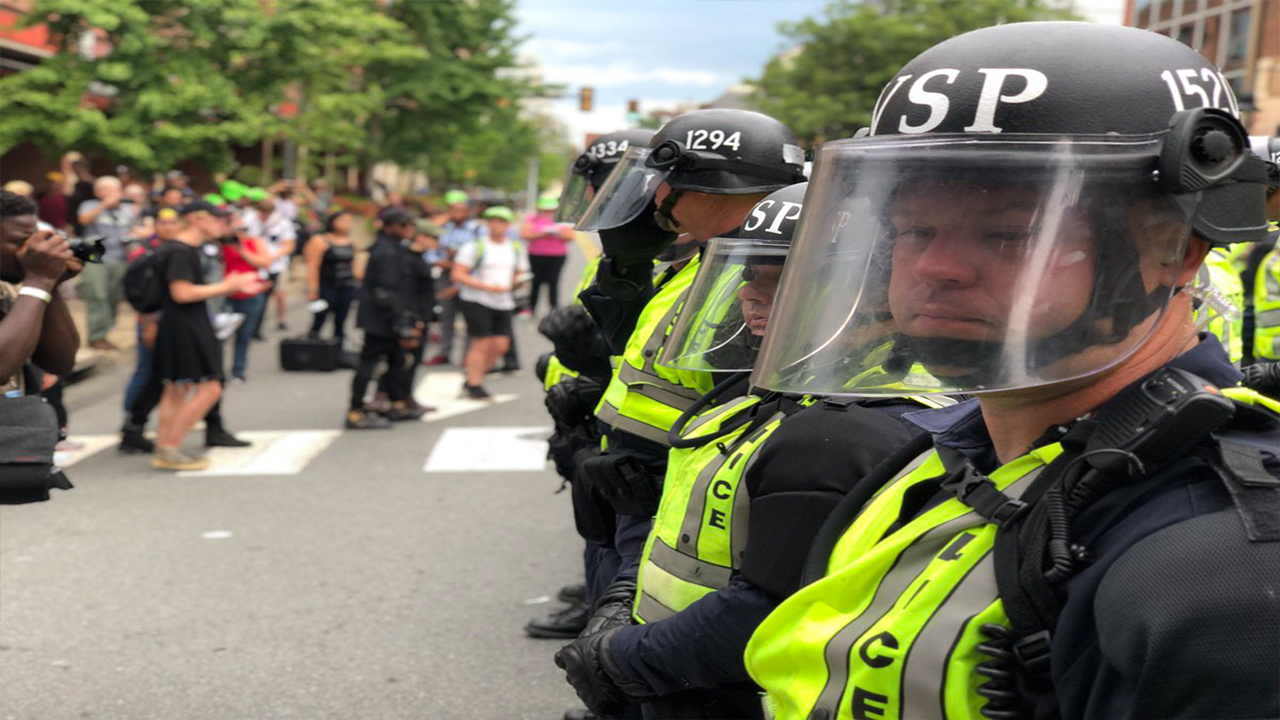 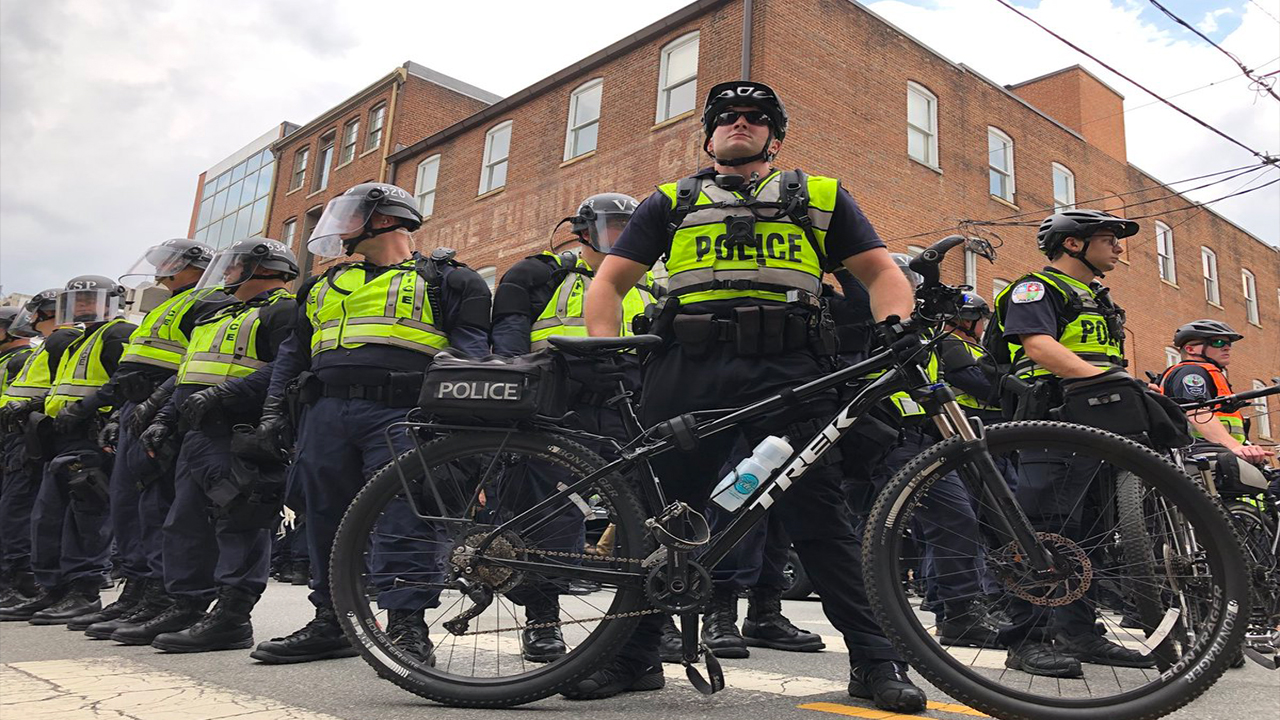 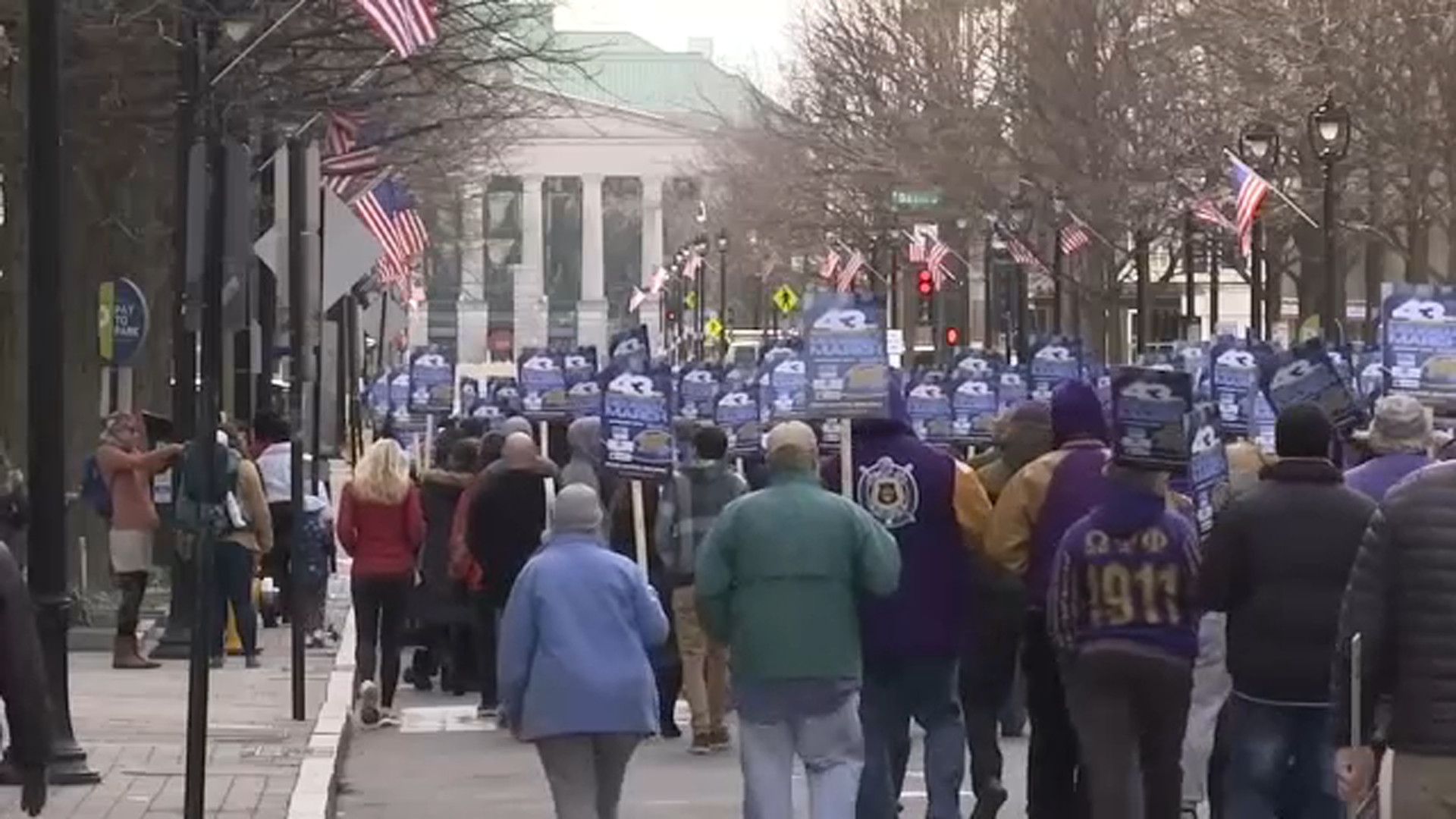 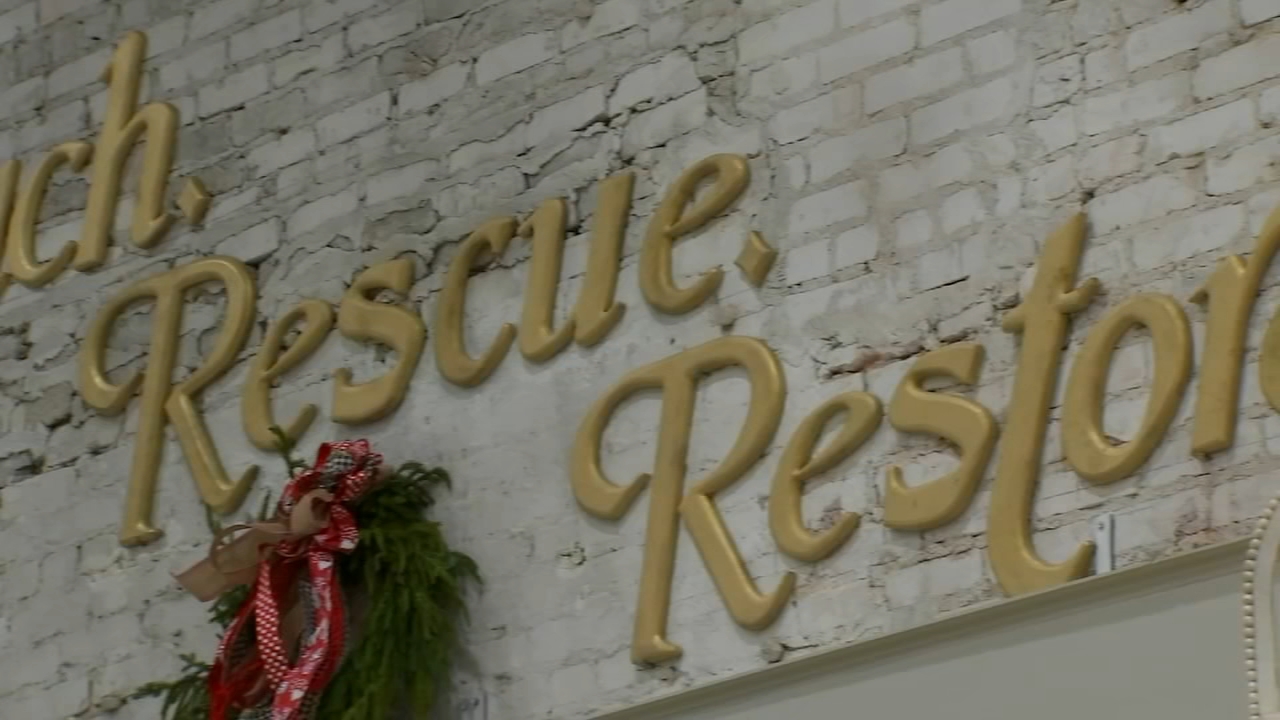 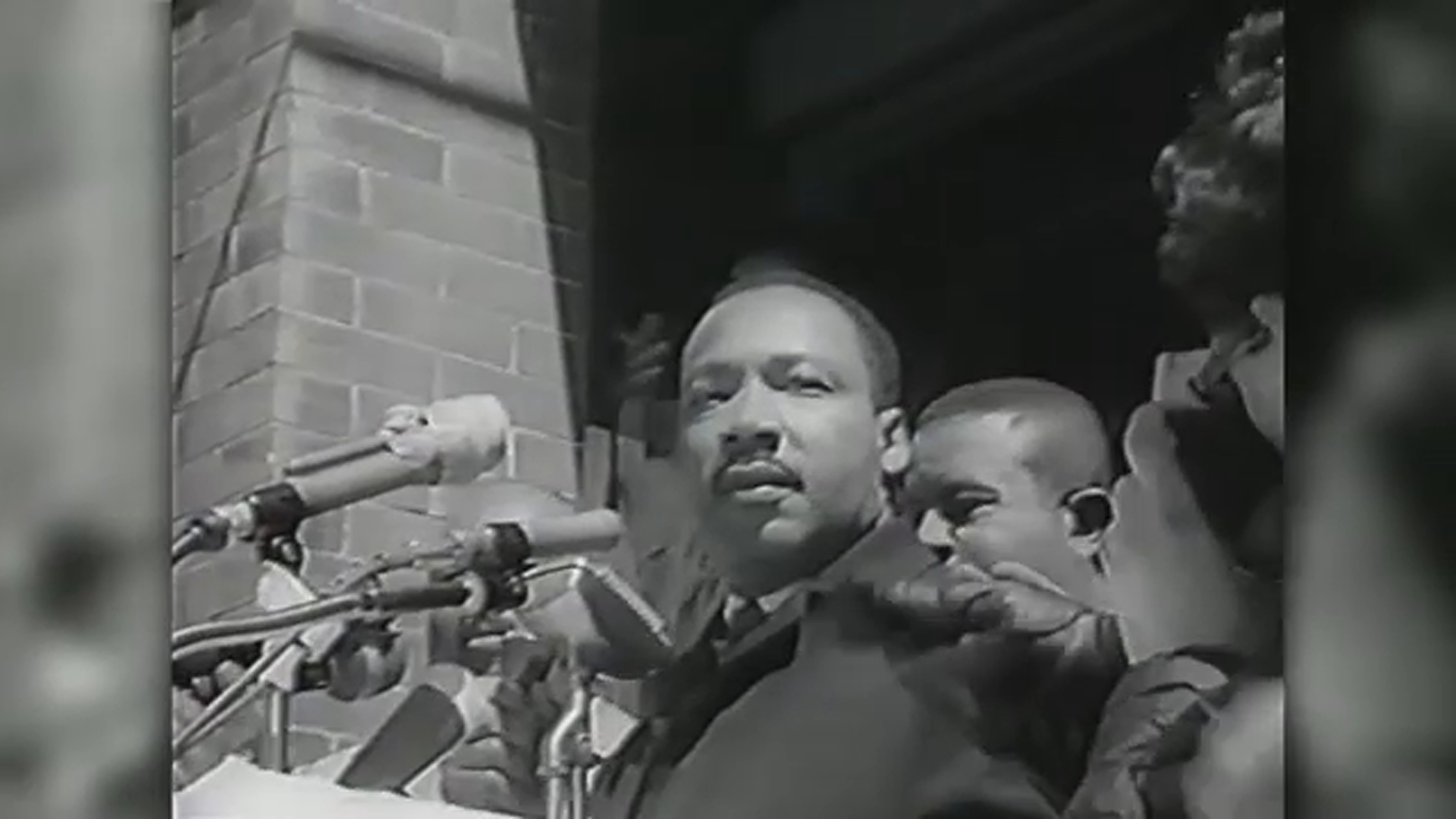