4 hurt when dropped phone leads to crash in Chatham Co 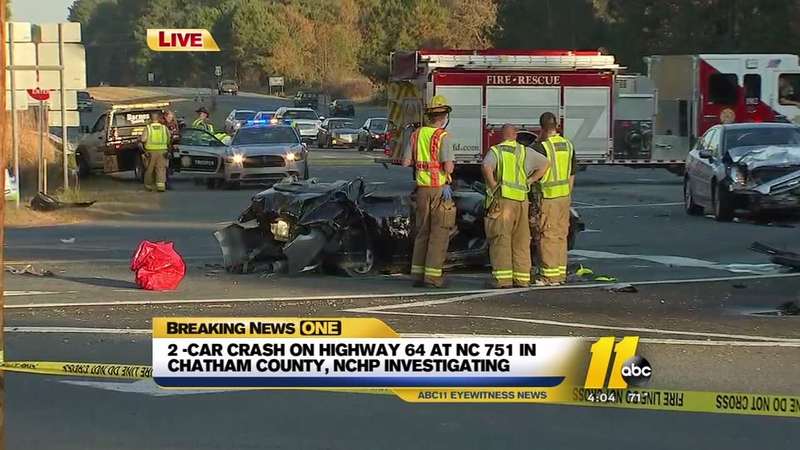 CHATHAM COUNTY (WTVD) -- State troopers have identified the people involved in a serious crash on Thursday afternoon in Chatham County.

Four people were hospitalized after the two-car crash involving a Subaru and a Honda on US 64 westbound at NC 751.

The State Highway Patrol told an ABC11 crew at the scene that the Honda was stopped at a red light going west on 64 when it was rear-ended by the Subaru.

Four men in the Honda were injured. Three were life-flighted to UNC Hospital in critical condition.

The fourth man injured was the driver. He was taken to UNC by ambulance.

The driver was treated at UNC for minor injuries and later released. Troopers identified him as Mauricio Amado Perez Vasquez, 35, of Siler City.

His passengers, Mario Perez Vasquez, Elias Perez and Jesus Perez Vasquez, all of Siler City, remain in the hospital. Troopers described them as stable.

The driver of the Subaru, Matthew Clark Willis, 30, of Raleigh, was not hurt. Troopers said Willis told them he was trying to pick up his cell phone, which he had dropped, when the wreck occurred.

Charges are pending against Willis.

The roads reopened Thursday after officers cleared the scene and cars were towed away.