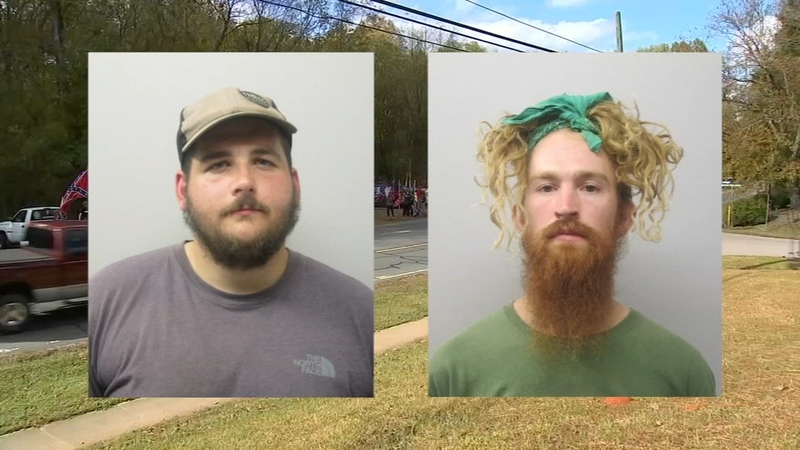 PITTSBORO, N.C. -- Two men are now facing charges after a fight broke out during a 'peaceful protest' in Pittsboro on Saturday afternoon.

Chatham County Deputies said they were monitoring a peaceful protest along Sanford Road when 29-year-old Calvin Megginson and 24-year-old Timothy Osborn got into a 'physical altercation.'

Officials said Osborne and Meggison were arrested and charged with inciting a riot and affray. Both were released on a written promise to appear in Chatham County District Court next month.

"We respect every resident's right to peacefully assemble in nonviolent protest or support of their beliefs. However, unlawful or violent behavior will not be tolerated," says Sheriff's Office Chief Charles Gardner.

"The safety of the public remains our number one concern," adds Captain Chris Cooper. "We encourage all members of the public to treat each other with respect and refrain from aggressive conduct toward one another."