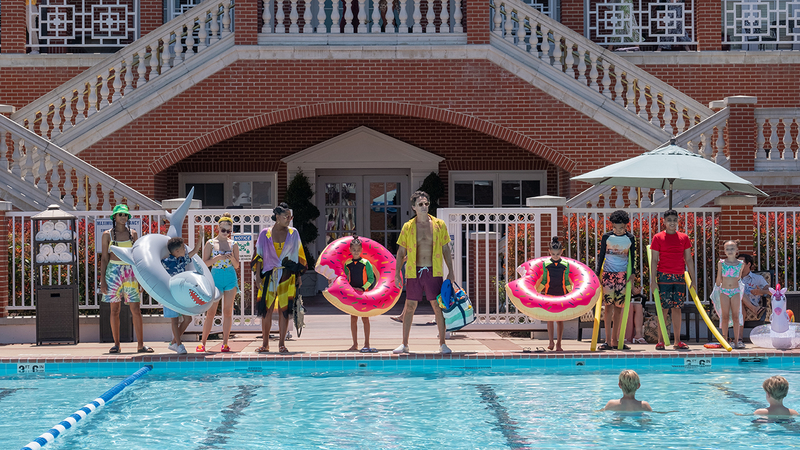 The official trailer for the "Cheaper By the Dozen" remake is finally here!

The clip introduces viewers to the "funny and heartwarming story of the raucous exploits of a blended family of 12, the Bakers, as they navigate a hectic home life while simultaneously managing their family business."

"We're not a cult," Braff narrates in a voiceover during the official trailer, to which Union adds, "But we're weird. We're one of a kind all the way."

"I really feel like there were a few extra children in there," Union's Zoey character hilariously says in a scene of the family getting their kids ready for school, to which Braff's Paul replies, "I didn't recognize some of them."

The 1950 film version of "Cheaper By the Dozen" was loosely based on the 1948 book of the same name by Frank Bunker Gilbreth Jr. and Ernestine Gilbreth Carey, a pair of real-life siblings who grew up in a family with 12 children. There was a 1952 sequel, "Belles on Their Toes," which was also based on a book of the same name from the brother-sister duo.

"Cheaper By the Dozen" premieres exclusively on Disney+ March 18.