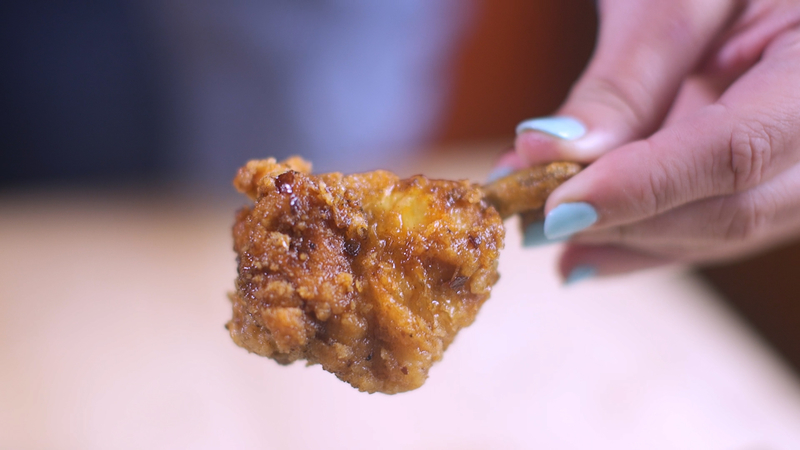 Landbirds in Chicago has found the solution to messy fingers when eating wings: Asian-inspired, 'lollipop' wings that satisfy both chicken & sports fans alike!

The method has been around for decades. Fried chicken wings - their meat pushed up to one side - doused in a sauce that is simultaneously hot and sweet. At Landbirds, a spartan new wing joint in Logan Square, the fresh, never frozen birds are fried to perfection.


"We take the whole wing and go through the process of Frenching, which is making some cuts and breaks on the bones and sliding the meat down to the other end. Making it a lot easier for people to grab one end of the bone and eat the meat on the other end," said Eddie Lee, who owns Landbirds.