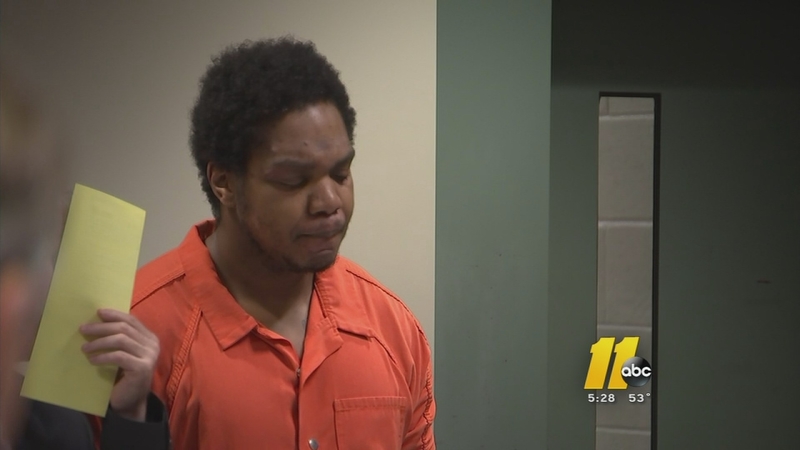 FAYETTEVILLE (WTVD) -- A Fayetteville man could be sentenced to two life sentences if convicted of the newest charge tied to his 3-year-old daughter's death.

Jamarkus Smith, 26, is facing additional sex-abuse charges in a case that has landed the man and his soldier wife in jail.

Smith and Sgt. Octavia Bennett-Smith both face counts of felony child abuse, as authorities said they were responsible for the bruising injuries found on the unresponsive child last Monday.

Bennett-Smith, 27, appeared in court in Thursday. Read more about the case here.

On Friday, authorities announced Smith had also been charged with two counts of indecent liberties with a child and two counts of statutory sex offense. The latter carries maximum life sentences upon conviction.

He appeared in court Monday afternoon, at times appearing frustrated when asked if he had any questions about the case. At the advice of a public defender, Smith declined to say anything.

Smith's bond tripled to $3 million with the additional charges, while Bennett-Smith remains in jail under a $1 million bond.

"We are awaiting results of that autopsy before we proceed with any potential murder charges," said Cumberland County District Attorney Billy West.

West is also awaiting the results of a case re-opened by Fayetteville police, in which the agency is taking a look at the death of the Smiths' second child. In 2014, the baby died of Sudden Infant Death Syndrome, or SIDS.

The current case, and the few details released have disturbed the community.

"It's very tragic and it doesn't matter how many times you've seen it before it certainly affects you," West said.