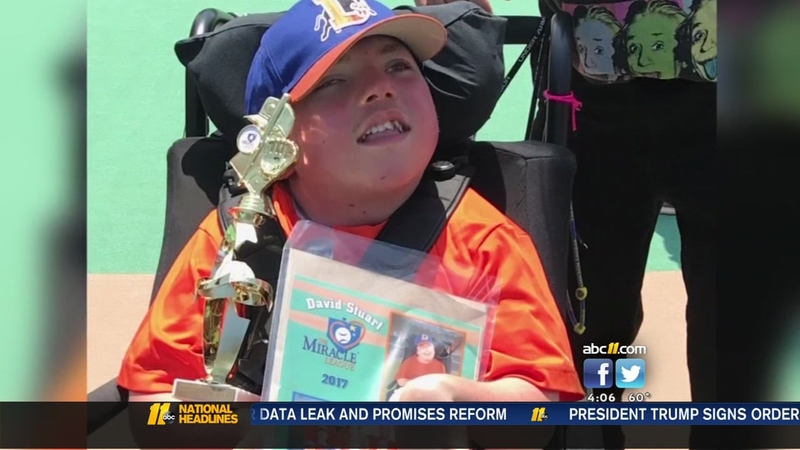 BRUNSWICK COUNTY, NC (WTVD) -- The biological parents of a 22-year-old man with disabilities who died last month are now facing murder charges in connection with his death.

Authorities say the brutal injuries Tripp and Noffsinger inflicted on David resulted in his death.

He was diagnosed with battered child syndrome.

A court document listed the gruesome condition he was in when he arrived at the hospital 20 years ago.

A doctor testified that he observed, "that the child was not breathing, that he had a head fracture, abnormal pupil response, facial bruising, deformity on an arm and a leg, and a burned area in the diaper region, and that the child was having seizures."

He was later adopted by a Durham couple.

He couldn't walk, talk or do much on his own but he loved baseball and was able to play with the help of a buddy on the Miracle League.

David Stewart couldn't walk, talk, or do much on his own, but he was able to play baseball with the help of a "buddy" at the Miracle League

"He was always happy. And for someone that went through as much as he did in his life, for him to always be happy. I just feel like that was a really good lesson for adults," his coach Kellie, told ABC11.

There is expected to be a ceremony for David on a North Raleigh field at the end of the month. His jersey will be retired.