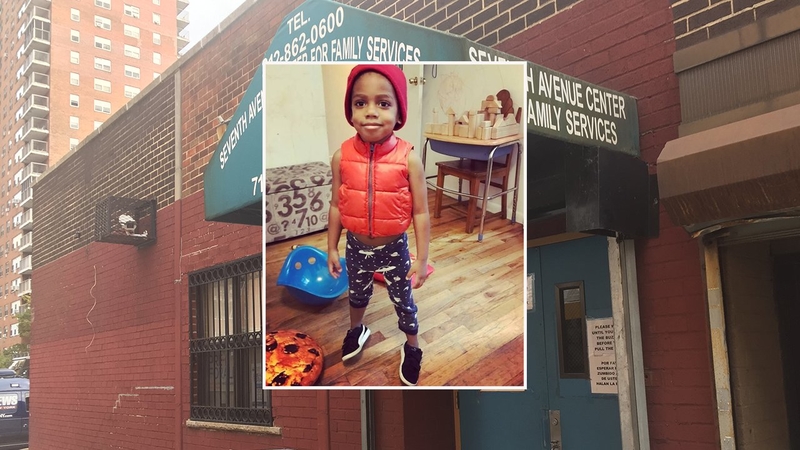 HARLEM, Manhattan -- Several city agencies are investigating the tragic death of a 3-year-old boy and trying to determine if a food allergy played a role in his death.

Full of life and joy, little Elijah Silvera was said to be enjoying his time at pre-K at the Seventh Avenue Center for Family Services in Harlem when tragedy struck claiming his short life.

MORE: Dairy allergies explained and what you need to know

A family member confirms to Eyewitness News, what a close family friend wrote on a GoFundMe site "...he was given a grilled cheese sandwich by an adult at the pre-K, despite them knowing and having documented that he has a severe allergy to dairy."

Elijah is said to have gone into anaphylactic shock and was taken to Pediatric Emergency at Harlem Hospital November 3rd where they were not able to save him.

Eyewitness News has reached out to ACS and Health Department officials requesting information on their investigations.

At the Seventh Avenue Center for Family Services parents picking up their children were just hearing of what happened.

"I honestly can't imagine what that family is going through at the time," said Jason Pruitt, a parent. "I know that my daughter goes to this school, and if something happened to her I would be over the moon upset."

The money raised on the GoFundMe site, the friend wrote, will help pay for an independent autopsy. "...at this moment, it is unclear where responsibility for Elijah's death will fall between the pre-K and the hospital itself."

The family also wants to know what protocols were followed: "We want to find out exactly where, if any, breakdowns may have occurred at either the school or the hospital."

The NYC Health Department also released a statement on Wednesday night saying, "There is nothing more important than the safety of our children and we are deeply saddened by this tragedy. We will get to the bottom of what happened here. In the meantime, we're closing the Center for Family Services and continuing to aggressively investigate what happened and whether the facility could have done something differently to prevent this tragedy."