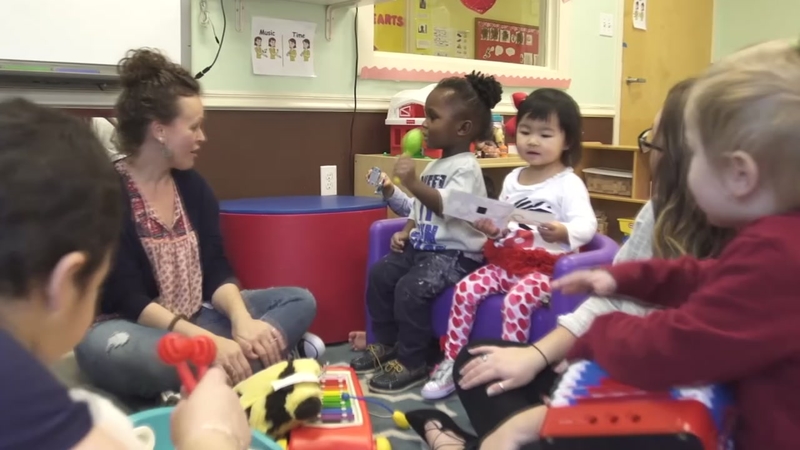 RALEIGH (WTVD) -- A recent decision by the state's Child Development Services Agency (CDSA) is leaving parents with fewer options to choose from to treat their toddlers with developmental disabilities.

The CDSA, a division of the Department of Health and Human Services, told several Wake County childhood therapy centers that state counselors would no longer refer parents to their programs.

Specifically, the programs being phased out are called "group services," which are classes of at least five to six children ages 18 months to 3 years with various developmental needs, as opposed to one-on-one therapy with a specialist.

In a memo obtained by the ABC11 I-Team, state officials explain that they don't consider group services to be a "natural learning environment."

The decision does not formally close those centers or end the programs offered, but advocates warn without any referrals, there are no participants to make the programs worthwhile.

"The families are feeling isolated," Ellis lamented to the ABC11 I-Team. "We offer a service of a safe environment where the kids can come in and get confidence in their social skills and also show the parents that the kids are capable of doing things in a social setting."

What started as a single class of five kids soon drew more than 50 kids in nine groups, including children from bilingual families. The current groups will hold their last session October 18, and it's only because these are the last children referred by CDSA and they've aged out.

Parents paying on their own would pay as much as $75 per two-hour session, or $600 per month for two sessions a week.

Building Blocks managers explained that a class needs at least five children to be most effective.

"We serve a variety of children that have some very special needs," Ellis added. "The families now are not given the option of what best meets their needs."

In a memo sent last May to TLC which explained the new strategies, Jill Singer, DHHS' Early Intervention Branch Head, argued that the group services environment does not properly reflect that of a child's natural environment, like a home, daycare, or community setting where most children (and people) with no development needs live and socialize.

Plus, if family members aren't present in the group services - like they are in one-on-one therapy - they don't have the opportunity to practice shared strategies.

However, the CDSA may suggest group services only on a case-by-case basis and only under certain conditions, including "the child is not making progress with other evidence-based strategies" and "significant social-emotional concerns exist."

If state counselors ultimately refer the child to group services, they must provide a written report explaining why they made that decision and there is an "articulated plan that provides a plan and timeframe to transition the child to a natural learning environment.

In addition to TLC, the ABC11 I-Team found as many as four other child care centers are now unable to facilitate group services, including the Aspen Center in Cary, Capital City Speech Therapy in Raleigh, Pediatric Therapy Associates in Fuquay-Varina, and Shining Stars in Fuquay Varina.

Group services were not offered - nor suggested - in any other county in North Carolina.

"Services are supposed to be family driven," Assistant Manager of TLC's Building Blocks, Erin Garrett asserted to ABC11. "We want parents to be informed and to make their own choices. No child is a cookie cutter picture of a kid, so every child learns differently."

In as statement to ABC11 Thursday, DHHS said:

DHHS is committed to ensuring that children with special needs have access to high-quality, effective and evidence-based services consistent with the Individuals with Disabilities Education Act and recommendations from the Office of Special Education Programs.