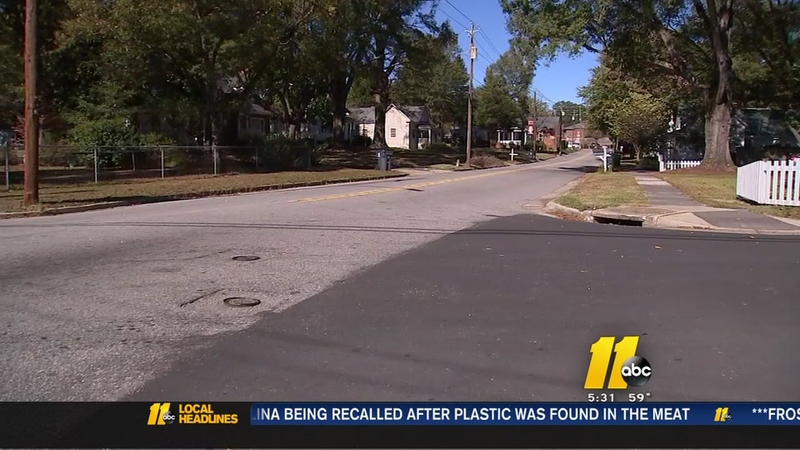 WENDELL, NC (WTVD) -- Police in Wendell say an 8-year-old girl was hit by a car while walking to school Monday morning.

It happened just after 8 a.m. Police said a group of three children headed to Wendell Elementary School tried to cross Wendell Falls Parkway at the Cook Street intersection. Two saw an oncoming car, the girl did not and was hit.

She was taken to WakeMed where she was treated and released.

Investigators said the car was travelling below the posted speed limit and tried to avoid hitting the girl. No charges will be filed.

Parents told ABC11 they're angry because they feel the incident could have been avoided.

"It takes a child getting hit for people to say "Oh where are the crossing guard?" said parent Michelle Roike-Brown, who has believed for years that more guards should be present.

She and other parents took to social media to voice their concern over why it's not a priority in neighborhoods near the school.

Wendell police say there is no evidence to suggest additional crossing guards are needed. There is one crossing guard at Wendell Elementary, but no plans to get more. Authorities said the area where the girl was hit is not known for pedestrian accidents.

The town of Wendell recently received a $30,000 grant from the NC Department of Transportation to create a pedestrian safety plan. The project is in the initial phase of public and committee meetings.

The city hopes the project will be finished in April 2017. They said the plan may create more funding to focus on safer pathways to schools.

In the meantime, Wendell Police offer these safety tips for all pedestrians: