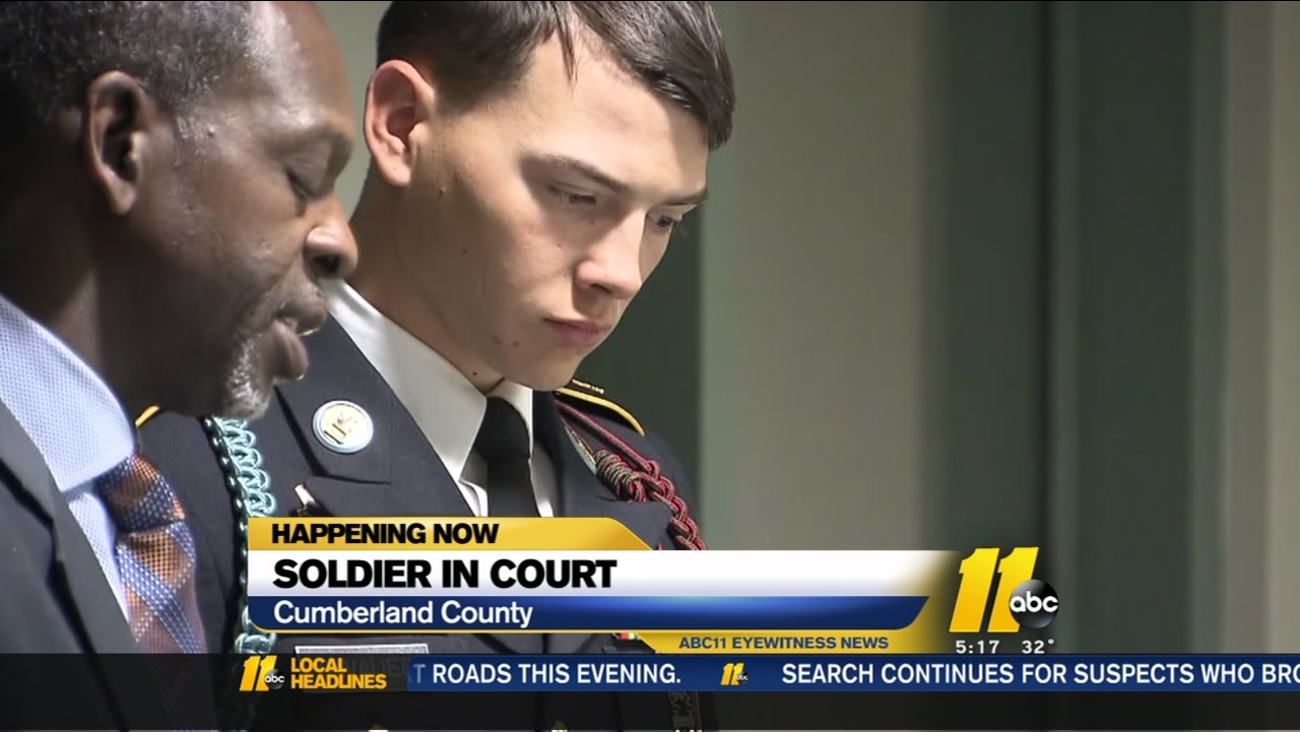 FAYETTEVILLE, NC (WTVD) -- A Fort Bragg soldier appeared before a judge Monday, accused of firing a gun through the wall of an apartment, hitting a 3-year-old boy next door.

The soldier, Spc. Brian Michael Cavalier Jr., said the incident was "an accident." He was released from jail after making bond this past weekend. In court, his attorney, Allen Rogers, apologized on his behalf.

Cavalier, 22, is a paratrooper with the 82nd Airborne, who just returned home from Afghanistan last week.

On Friday, Cavalier and his friend Max Michael were hanging out in Cavalier's apartment on Lake Pine Drive late Friday afternoon. Police said both soldiers were handling a loaded Ruger .45 - Cavalier's personal weapon - when it discharged, sending a bullet through the wall, hitting the child in the adjacent apartment.

The child's mother frantically called 911 for help, telling the dispatcher, "we were just hanging out and we heard a loud pop and my son is bleeding in the back and there's a hole in his back."

The child has been released from Cape Fear Valley Medical Center. He is expected to make a full recovery.