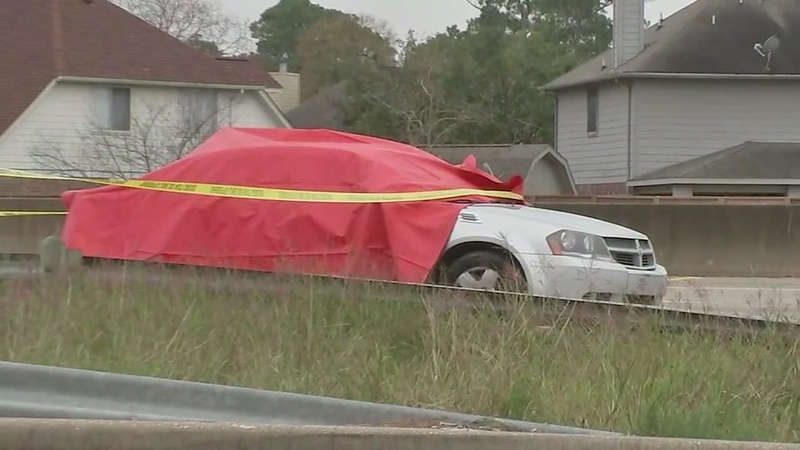 HOUSTON, Texas -- A man in a pickup truck pulled up next to a car that was leaving a Houston-area Walmart parking lot and started shooting, killing a 7-year-old girl inside the car and wounding the girl's mother, authorities said Sunday.

Jazmine Barnes was fatally shot and her mother was wounded as they left the parking lot.

Three teenage girls, said to have been family members, were also in the car driven by Barnes' mother, 30-year-old LaPorsha Washington. Washington was also shot but survived the attack.

Deputies said the suspect pulled up next to the car and opened fire. Washington drove away on the feeder road near Wallisville Road, then turned around and entered the toll road. Moments later, the car pulled onto the outside shoulder and came to a stop.

A tarp was placed over the car as homicide investigators processed the scene.

The motive for the attack is unknown. Detectives are trying to determine whether the shooting was targeted or random.

The suspect is described as a white male in his 40s with a beard. The vehicle was described as a red pickup truck. No information was available on a license plate, or make and model of the truck.

The shooter is described as armed and dangerous, and for now, anonymous.

"Someone who does something like that will eventually talk about it, and we need anyone with information to come forward," said HCSO Major Jesse Razo. "I urge whoever did this, turn yourself in, because we will find you."