12-year-old dies after being hit by car in Clayton 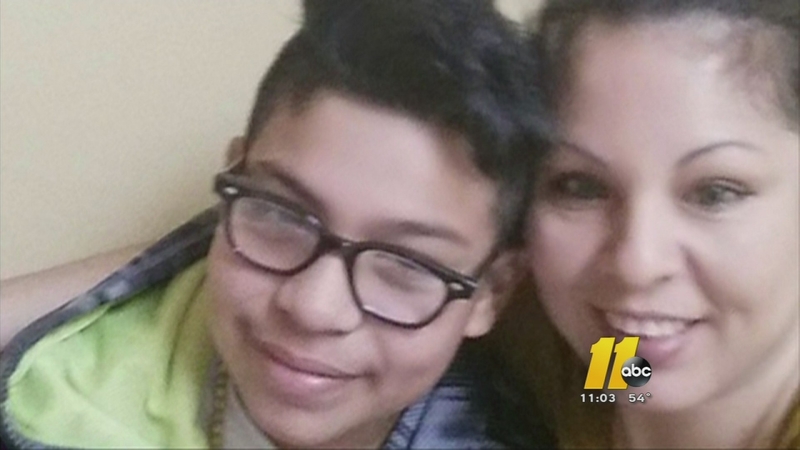 The family of 12-year-old Gerardo Galvan, who was struck while trying to cross the street at S. Lombard and NC 42 in Clayton, is trying to raise funds to pay for his services.

Jocell Flores, the principal at Clayton Middle School, where Galvan attended classes, says they plan to have a memorial in his honor when school resumes after the holiday break.

Funeral arrangements have been made for Thursday at McLaurin Funeral home in Clayton. There will be a visitation for friends and family from 11 a.m. to noon followed immediately by a service.

Flowers can be sent directly to the funeral home.

A GoFundMe page has been set up to help the family with expenses and burial. If you'd like to help, please click this link to be taken to that page.

Officials said a 12-year-old boy died after being struck by a car in Clayton near the 1000 block of South Lombard Street.

Police said he was coming from the Alta mobile home park with a friend when he ran across the street and was hit by a Buick sedan going south on Lombard.

12-year old Gerardo Galvan, killed this afternoon in Clayton; hit by a car, while crossing the street with a friend pic.twitter.com/OxkkWSkumC

His family identified him as Gerardo Galvan.

The friend was not injured, according to officials. Officers said they do not believe the children saw the car coming before they ran out into the street.

I know he's in God's hand right now. He feels likes a brother to me," said Brittney Cruz, despite being Gerardo's aunt.

Authorities said police, fire, and EMS personnel all tried to resuscitate him.

"He wanted to be a soccer player when he grew up," Cruz said. "It's all he really wanted."

"He was my best friend," Christian said. "We used to hang out at his house and ride bikes."

But as fate would have it, Christian was not with Gerardo on this day, something not lost on Christian's mother, who rushed to the scene to discover her son's young friend was dead.

"It hit us like, knowing my son would play with him and it could've been him in that situation," Lisa Valdez said.

Gerardo's mother was too distraught to speak, but his aunt Brittney was philosophical.

"It can be bad right now, but at the end, we will pass it and we'll always carry him in our hearts."

Clayton police said that after interviewing the boy who was with Gerardo and the driver of the car that struck him, they determined the driver will not be charged.
Related topics:
claytonchildren hit by car
Copyright © 2022 WTVD-TV. All Rights Reserved.
TOP STORIES
Man charged in Hope Mills double murder
Smith, Raanta, Hurricanes top Rangers for 2-0 series lead
1 person in hospital after shooting overnight in Raleigh
Russia's claim of Mariupol's capture fuels concern for POWs
Parents share mixed reactions over plans for boosters for children
Wake Schools bus driver charged with driving bus while impaired
Fayetteville PD on track to full staffing; what about Durham, Raleigh?
Show More
Mail delays blamed on dog, owner claims case of mistaken identity
Body found on the bank of the Tar River in Edgecombe County
'Thrilled to death': Princeton man wins Cash 5 jackpot
Canes fans pile into PNC for Game 2 despite COVID resurgence
Raleigh resident from Buffalo, NY weary one week after massacre
More TOP STORIES News