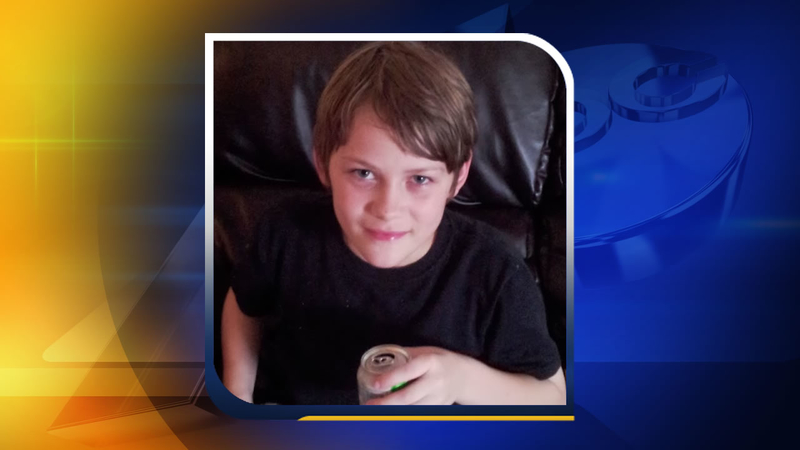 APEX, N.C. (WTVD) -- The North Carolina Highway Patrol says a boy was hit by a car in the Apex/Holly Springs area early Tuesday morning as his school bus approached his stop.

Troopers said the bus was headed north and had stopped with its red lights flashing and its stop arm extended. A 16-year-old driver, Lindsey Tight, who was headed south, allegedly did not stop and hit Burgess as he ran across the road to the bus.

Margaret Burgess, Michael's grandmother, told ABC11 that Michael has a broken leg, and multiple skull fractures, but luckily no signs of internal injuries. She said the entire family is distraught.

"I'm sorry. I try to be strong for everybody but... thoughts and prayers go further than anything else," she said.

Mary Seay told ABC11 that one of her two daughters was waiting for the bus with Burgess when the accident happened.

"The bus came... you see the bus coming down the road with her lights and she come to a stop right over there," Seay said. "She always stops right there you know she had her lights on, the stop sign out her little thing whatever they call it in front of the bus. That's their cue; they know not to go across the street until the bus is ready."

Seay added that the bus stop location has never been a problem before.

"The bus driver started honking the horn," she said. "I turned my head for one second to close the car door and I looked back. You hear Meredith screaming and you see Michael flying in the air and going in the ditch. It was just everything I can do to run over there and get to him... just sat with him and held his hand. He was crying. He was hurt and he was bleeding. It was just blood everywhere. I was just trying my best to stay together for him until the ambulance got there to help him."

The Highway Patrol said Tight, a student at Middle Creek High School, has been charged failure to reduce speed and passing a stopped school bus.

Troopers said it was also very foggy out at the time and the school bus driver said she waved her arm out the window to stop Burgess from crossing the road, but she's not sure if the boy thought she was waving him across instead of trying to keep him away.

"[The bus driver] is a savior," Seay said. "She did everything she was supposed to. If it weren't for her honking trying to warn those children the other children, the two other little girls would've gotten hit."