Nevada teenager rescued from chimney after being locked out of home 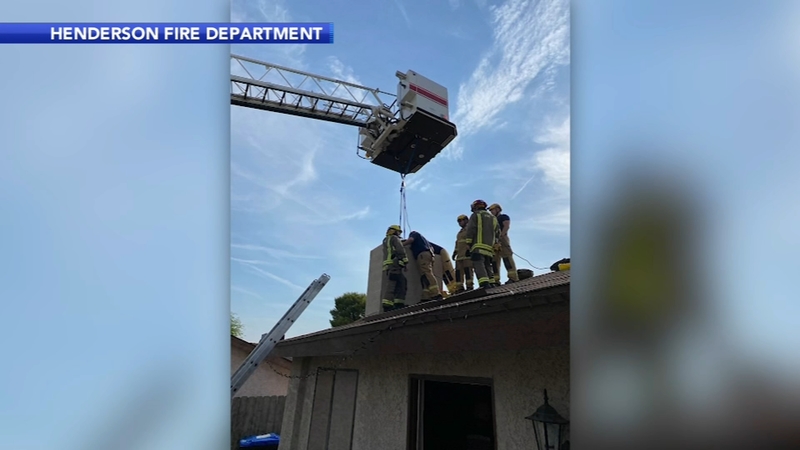 Teen rescued from chimney after being locked out

HENDERSON, Nevada -- A Nevada teenager had to be rescued from a chimney after she was locked outside of her home and decided to follow in Santa's footsteps.

First responders near Las Vegas said the 18-year-old climbed up to the roof and tried to go down the chimney as a last resort.

The Henderson Fire Department said the teen got stuck just above the flue.

Firefighters used a rope system to rescue her from the chimney of the single-story house.

The rescue took about 30 minutes and the teen was not injured.