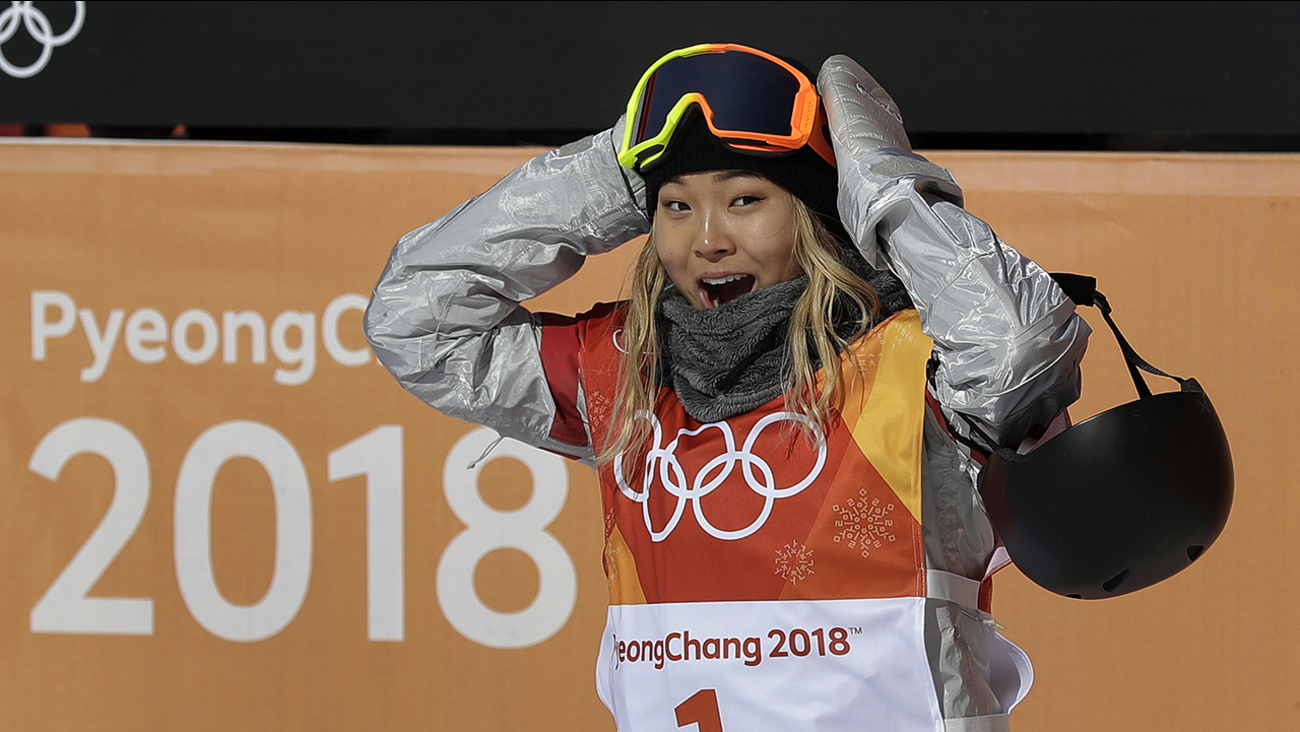 Chloe Kim of the United States reacts to her score during the women's halfpipe finals. (Gregory Bull)

The 17-year-old from Torrance, California, dominated the Olympic women's halfpipe snowboarding final on Tuesday, soaring to a gold medal four years in the making.

Kim put up a score of 93.75 on the first of her three finals runs and then bettered it with a near-perfect 98.75 on her final run with the gold already well in hand. With members of her family in the stands, including her South Korean grandmother, Kim put on a show that delivered on her considerable pre-Olympic hype.

Chloe Kim, of the United States, jumps during the women's halfpipe finals.

Liu Jiayu took silver with an 89.75 to become the first Chinese snowboarder to medal at the Olympics.