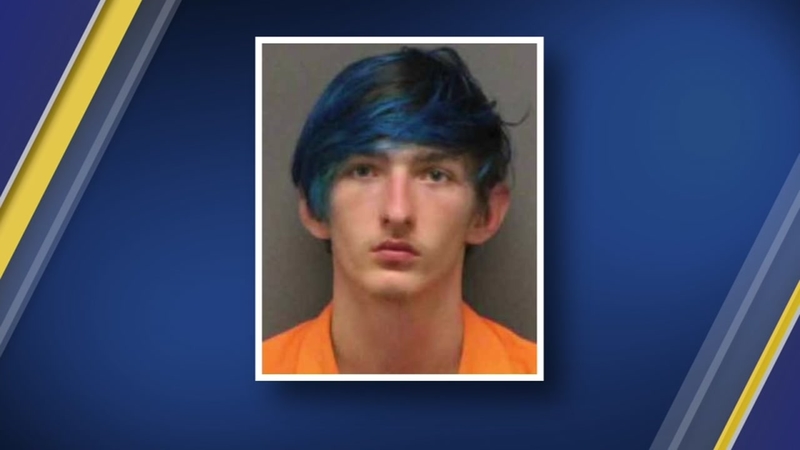 YOUNGSVILLE, N.C. (WTVD) -- An 18-year-old from Franklin County is behind bars in Greensboro after being accused of killing two people in a fire.

Chris Adrean Collins, 18, is in the Guilford County Jail under no bond for multiple felony charges. Last Wednesday, the teen was arrested for setting fire to an apartment unit in the 700 block of Summit Ave in Greensboro.

"I cried a bit because it's real. There's always that little bit of hope that it wasn't him, and maybe he was somewhere else. But it was him," a neighbor said of Moore. "Kevin was a very, very nice man. A very good person. This really is a tragedy."

In the quiet Youngsville community - neighbors, who did not want to be identified or go on camera, said the list of charges and trouble Collins has gotten himself into are not surprising. One neighbor said "life got away" from Chris - and he had a way of doing his own thing.

On January 23, the Greensboro Fire Department responded to the fire along Summit Avenue and found someone inside. Firefighters attempted to save the man but were unsuccessful. During their investigation, Greensboro police officers found a second person inside the unit.

There is no clear connection between Collins and the victims, and there's no explanation for why he ended up in Greensboro.

"According to our records, this student attended Franklin County Schools, second through fifth grades and left after that. He returned briefly for 10 days in January of 2016 for the eighth grade but transferred out of the district again. No discipline issues were recorded."