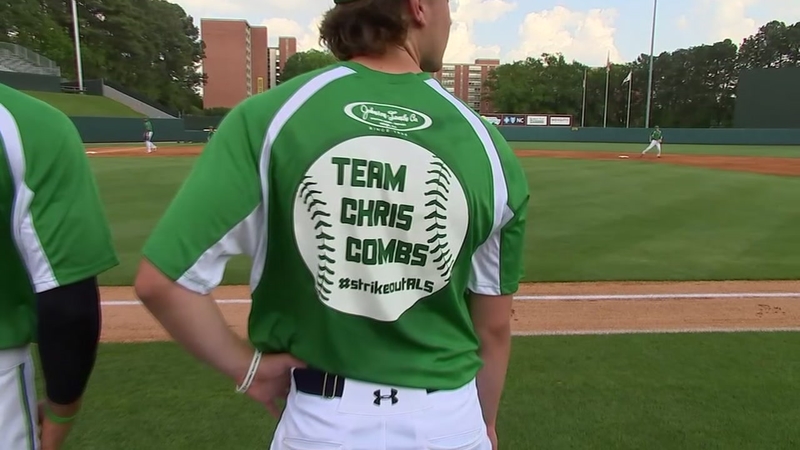 RALEIGH, N.C. (WTVD) -- We first profiled former NC State baseball slugger Chris Combs two years ago - when he was fresh into his battle with ALS. Since then the disease has progressed, forcing Combs to give up his position as Associate Director of the Wolfpack Club. Make no mistake though, he's still very much in the fight.

"Right now - there's no cure for ALS. As a former athlete, it's like in baseball, you're facing a pitcher that's never lost. You have to keep grinding every day," Combs said.

So that's what he does. Two years ago, Combs was just months into his diagnosis. Since then, little by little, the disease has dug in.

"Day-to-day normal activities you take for granted, eating and getting dressed, are getting tougher for me," he said.

"One of your jobs that I always loved was going on the road and meeting people and forming relationships," Combs said.

While his body has weakened, Combs' spirit remains steadfast. Friday night's Hope Gala for Project ALS at the Umstead is his biggest annual venture and will raise well in excess of a million dollars for ALS research.

Combs called it "a night of hope where friends and loved ones get together."

His support system is strong; his family of course and he's very thankful for the friendship and support of folks like Dave Doeren and Elliott Avent.