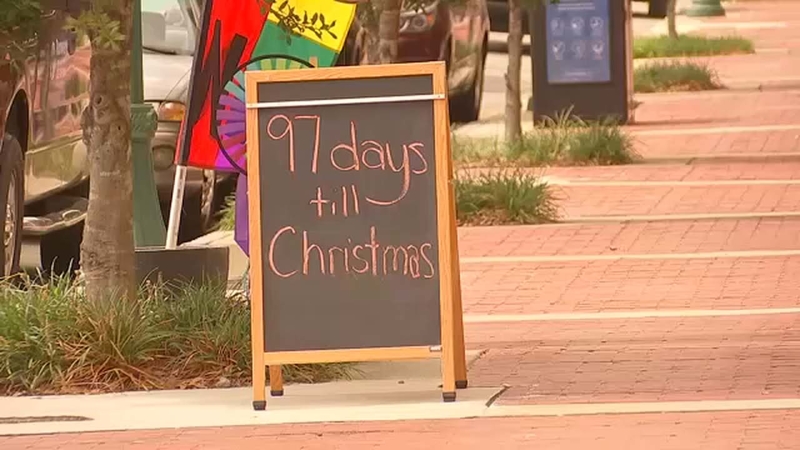 WILSON, N.C. (WTVD) -- Merry Christmas or Happy Holidays? The now-annual debate has caused controversy in Wilson and now Christmas is back in the name.

Dean Etheridge, a Wilson business owner is one of those who wasn't happy about dropping Christmas from the name.

"I'm still upset. I really am," Etheridge said. "We've always had the Christmas parade in Wilson. To me, they're just taking another thing away from Christ."

A spokeswoman for Wilson Downtown Development Corp. said in an email that the board was considering the Mayor's request. On Thursday afternoon, WDDC Board President Lynne Medlin announced that after considering the mayor's request, the majority of the WDDC Executive Committee agreed to revert to Historic Downtown Wilson Christmas Parade as the official name of the event.

You can read Mayor Rose's letter below:

Several years ago, Wilson almost lost our Christmas Parade. The Wilson Jaycees, after running the event for decades, notified the City that they would no longer hold the event. I recall a true effort to find another civic club or community group to take on the parade, but it is a lot of work and no offers came. With the pledged support of the City of Wilson, Wilson Downtown Development Corporation (WDDC) agreed to step in and save the Christmas Parade. Since that time, they have worked hard, along with dedicated city staff and volunteers, and our great tradition has continued and improved.

Due to scheduling groups like the Shriners and marching bands, along with other factors, last year the parade was moved up to the weekend before Thanksgiving. With the parade again before Thanksgiving, a decision was made to change the name of the parade from Christmas Parade to Holiday Parade. That news came out last week and the City Council and I have heard from several residents.

I have been Mayor long enough that my position on this should surprise no one. I hold the National Day of Prayer each year on the courthouse steps, I have insisted that the Wilson City Council continue to open each meeting with prayer, and I worship with many of you in Churches all across this city most every weekend. I have lived in Wilson my entire life, our parade has always been the Wilson Christmas Parade, and I believe it needs to stay the Wilson Christmas Parade. I have asked our staff to work with all parties to reverse this decision.

I encourage all of our citizens to support the City and WDDC with the great revitalization that is happening in our downtown. I hope to see you at the Wilson Christmas Parade, our annual Christmas Tree Lighting, and Candyland Christmas in Downtown Wilson!

Others said using holiday instead of Christmas in the name is more inclusive.

"Change the name, maybe it will bring a lot more people that aren't Christian, or are believing in other religions, bring them together, you know what I'm saying?" said Matt Jones, a Wilson resident.

Mosie Speight, another Wilson resident said either way, it's not a big deal.

"I'm not offended in any way because it doesn't change my Christianity at all, what's in my heart, what my belief is," Speight said. "We just follow along with what's been changed. But at the same time, you still have your rights to your beliefs, what you feel, what you don't like so it'll benefit everybody."

The parade goes down Nash Street, from Whitehead Avenue to Douglas Street.