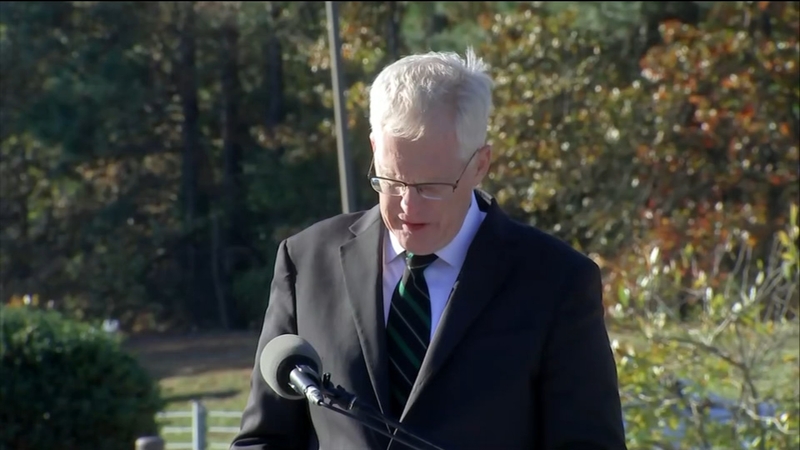 The visit came hours after he announced a major withdrawal of U.S. troops from Afghanistan and Iraq. He said the U.S. plans to have just 2,500 troops in both countries by Jan. 25.

'You need to find a good balance': Fayetteville Army veteran reacts to announcement of troop withdrawal from Iraq and Afghanistan

He also announced a change in communication structure.

"I am here to announce that I directed the special operations civilian leadership to report directly to me instead of through the current bureaucratic channels," Miller said. "This reform will immediately improve the agility to the department and command and enable us to streamline information flow, enhance decision making."

During his visit, Miller was seen without a mask, shaking hands and taking pictures with other military leaders in attendance.