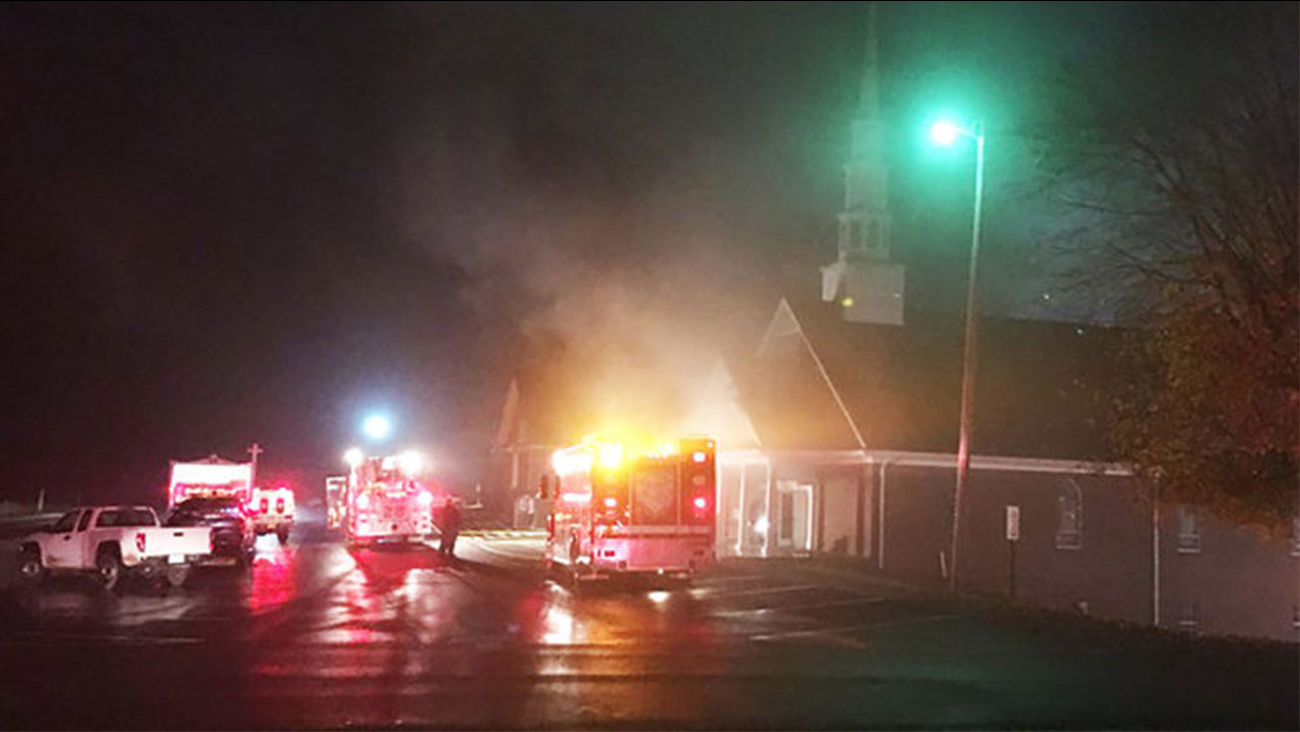 WTVD
HICKORY, North Carolina (WTVD) -- At least eight fire departments from three different counties were called to the site of a church fire near Hickory, North Carolina early Monday, according to WSOC.

At about 2 a.m. firefighters were called to the Providence Baptist Church and found the church engulfed in flames and smoke.

Authorities said that there were no deaths or injuries but officials are calling it 'suspicious.'

WSOC reported that officials found the words "anti-gay hate group" spray painted on a wall behind the church.

In 2012, Channel 9 reported that someone left suspicious white powder at a church in Maiden, North Carolina after a sermon where the pastor suggested gay people be locked behind electric fences and be left to die.

Investigators believe that the fire started in the boiler room located in the basement. Most of the damage found was in the back where Sunday school is taught.

"Our prayers are for them because we love people," said pastor Ernest Richards. "With our love for them, regardless of what they've done, we're still going to have that compassion for people. "

ABC11 has decided to slowly reduce the number of stories on the website that have a comments section. We believe very strongly that our audience should have an opportunity to discuss and debate events in our world, however, we have not been able to moderate the comments as well as we would like. Instead of hosting a platform that could allow a few loud and ugly voices to dominate a conversation, we want to encourage everyone to join us on our social media platforms and speak out there. Facebook: facebook.com/ABC11 Twitter: twitter.com/ABC11_WTVD
Report a correction or typo
Related topics:
crimechurch firehate crimechurchhate crime investigation
Copyright © 2020 WTVD-TV. All Rights Reserved.
More Videos
From CNN Newsource affiliates
TOP STORIES