4 injured after couples argument leads to stabbing at Cary CinéBistro 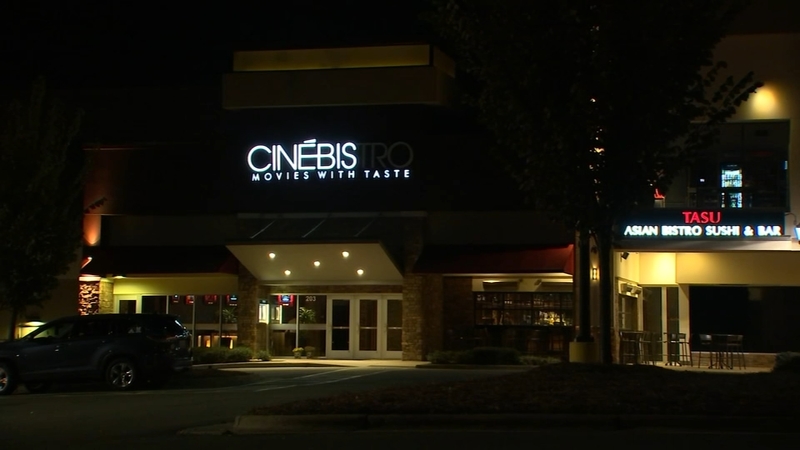 4 injured after argument leads to stabbing at Cary CinéBistro

CARY, N.C. (WTVD) -- Police are searching for a couple after a man pulled a knife and began stabbing people at the CinéBistro in Cary on Friday night.

A theater employee called the police just after 7:45 p.m. to the CineBistro at New Waverly Place.

Cary police said two couples got into an argument in the theater and took it into the lobby.

According to police, a man pulled a knife and began slashing people, injuring the theater manager, two employees and another man.

The manager suffered a non-life-threatening puncture wound to the abdomen area. He was taken to WakeMed Raleigh for treatment.

The couple involved in the stabbing fled the scene.