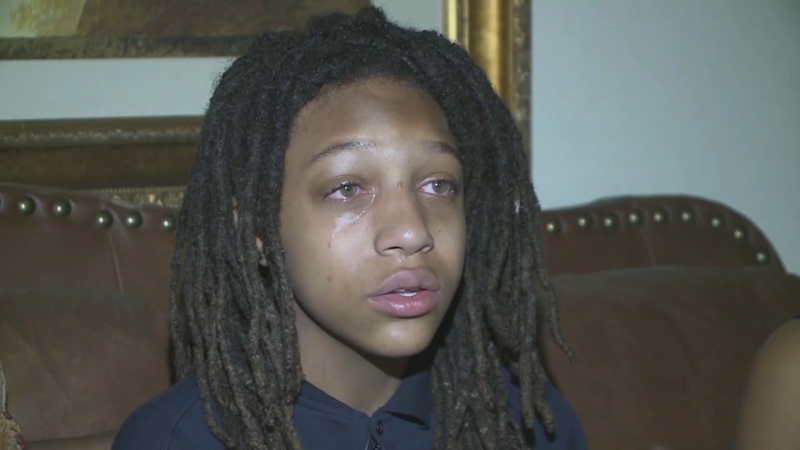 SPRINGFIELD, Va. -- Police are investigating a 12-year-old girl's allegation that her classmates grabbed her and cut her dreadlocks on the playground of a northern Virginia private school.

"Where were the teachers, administrators," said Cynthia Allen. "Where was anybody to protect her from this heinous crime?"

Allen is overwhelmed with frustration after learning what her 12-year-old granddaughter Amari went through on this school playground Monday.

Amari is a 6th grader at the private Immanuel Christian School in Springfield, Virginia.

Amari told WUSA that she's been bullied for weeks before the alleged incident.

"I sometimes think that I don't deserve to be there and I'm ugly," Amari said.

She said three 6th grade boys won't let up. They take her school lunches, call her names and more recently attacked her on the school playground

"One put my hands behind my back, one of them covered my mouth," Armari described.

All while she said a third student pulled out scissors and cut her hair, leaving her lengthy dreadlocks hanging unevenly.

"He took big chunks of my hair and just cut," she said.

Amari's grandmother wonders where the teachers and other students were when this happened.

"They call me ugly, I shouldn't have been born. An attention seeker," Armari said.

Amari said she never told anyone because she was scared, but her grandmother noticed her hair and questioned her a couple days later.

"I saw where they just chopped them up and everything, and she said, 'I did, I did,'" Allen recalled. "She was on the defense. I said, 'no, you didn't cut your hair.'"

Amari's family pays nearly $12,000 a year for her to attend the private school, which on its website outlines a strict-no bullying policy.

In a statement, head of school Stephen Danish wouldn't address our questions directly but stated, "we are deeply disturbed by the allegations" and that the school has a "zero tolerance policy for any kind of bullying or abuse."

Danish also said they have reached out to law enforcement to conduct a thorough investigation.