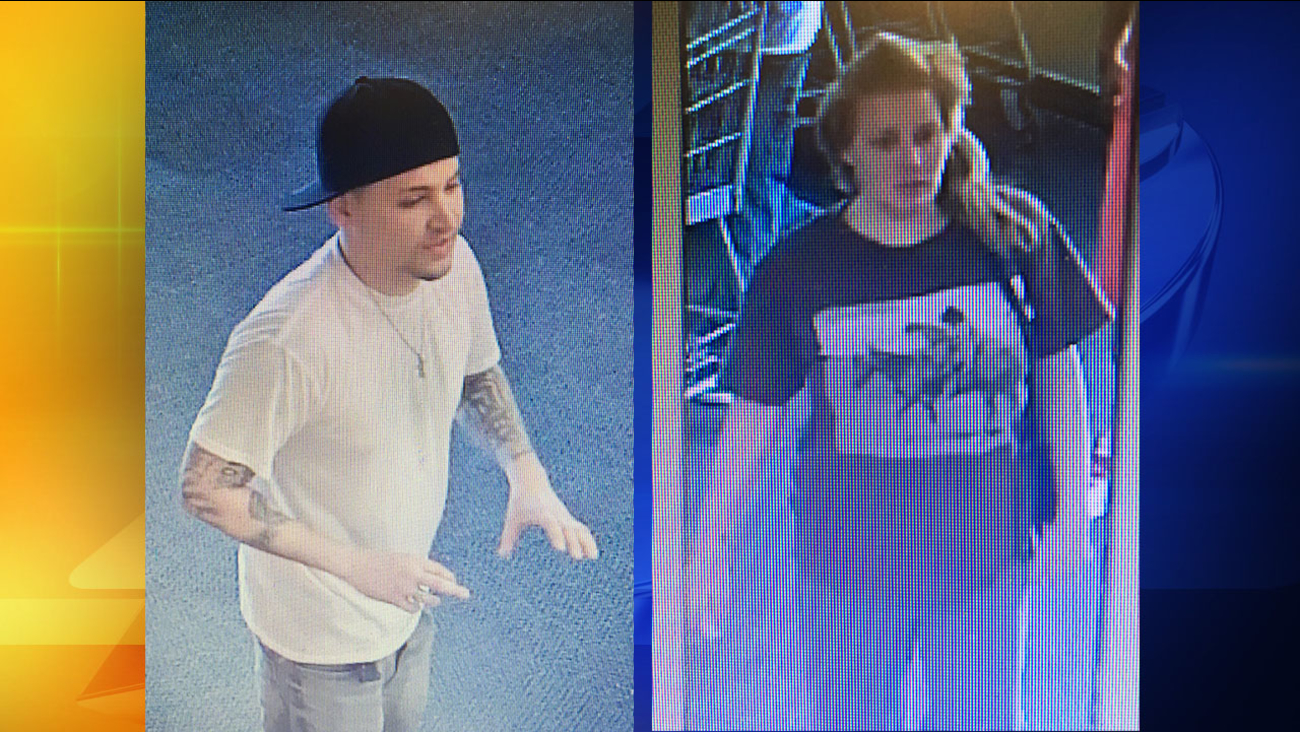 CLAYTON, NC (WTVD) -- Clayton Police are seeking the public's help to identify a man and woman who stole meat Sunday afternoon from the Food Lion near Riverwood Athletic Club at 238 Pritchard Road.

Police said a woman went into the grocery store at 2:58 p.m. Sunday stuffed about $60 worth of steaks into a bright blue, drawstring gym bag.

Employees who became suspicious began to monitor the couple, who also had a cart full of groceries. The man and woman then staged a verbal domestic dispute, police said, abandoned their cart and stormed out of the store to drive off in a dark gray Ford Explorer with an N.C. license plate beginning with "DLY."

While reviewing security footage, police noticed a man who appeared to be acting as a lookout for the thieves in the lobby of the Food Lion.

When the couple left the store, the lookout walked over to a Cashpoints ATM. After circling the building, the thieves picked up the lookout in the Ford Explorer and drove off on Pritchard Road toward the intersection with Covered Bridge Road.