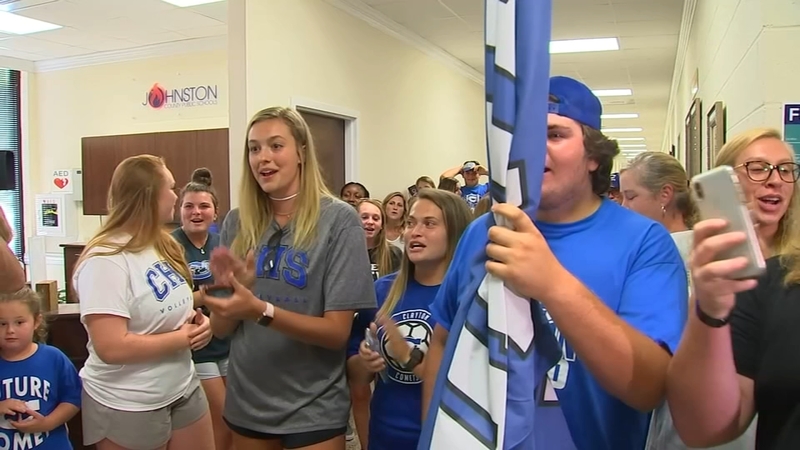 CLAYTON, N,C, (WTVD) -- Clayton High School students and parents are demanding answers after being notified their principal won't be returning for the new school year.

But parents feel he was forced out.

This comes after the district launched an investigation into whether student-athletes grades were fixed.

A district spokeswoman said Jones is now lead administrator of the Choice Plus program.

Parents and students are showing their support for the principal.

"I feel like the parents, and students and staff at this school deserve to know what's going on and not be left in the dark," said parent Leigh Narron. "I feel it's unfair to him, personally."

"It's so disappointing because Dr. Jones, he is Clayton High School," parent Kim Winslow said. "He has transformed this place."

"The decision needs to be looked at and reevaluated," said parent Angela Clinard.

Students say Jones connected with them.

"He's more than a principal," said student Stephen Lines. "He's a leader and he's a father to those who may not know what a father's supposed to look like."

"It's a shame," student Thomas Ziegler said. "He was an inspiration for so many kids at this school. We're just going to miss him. We want him back."