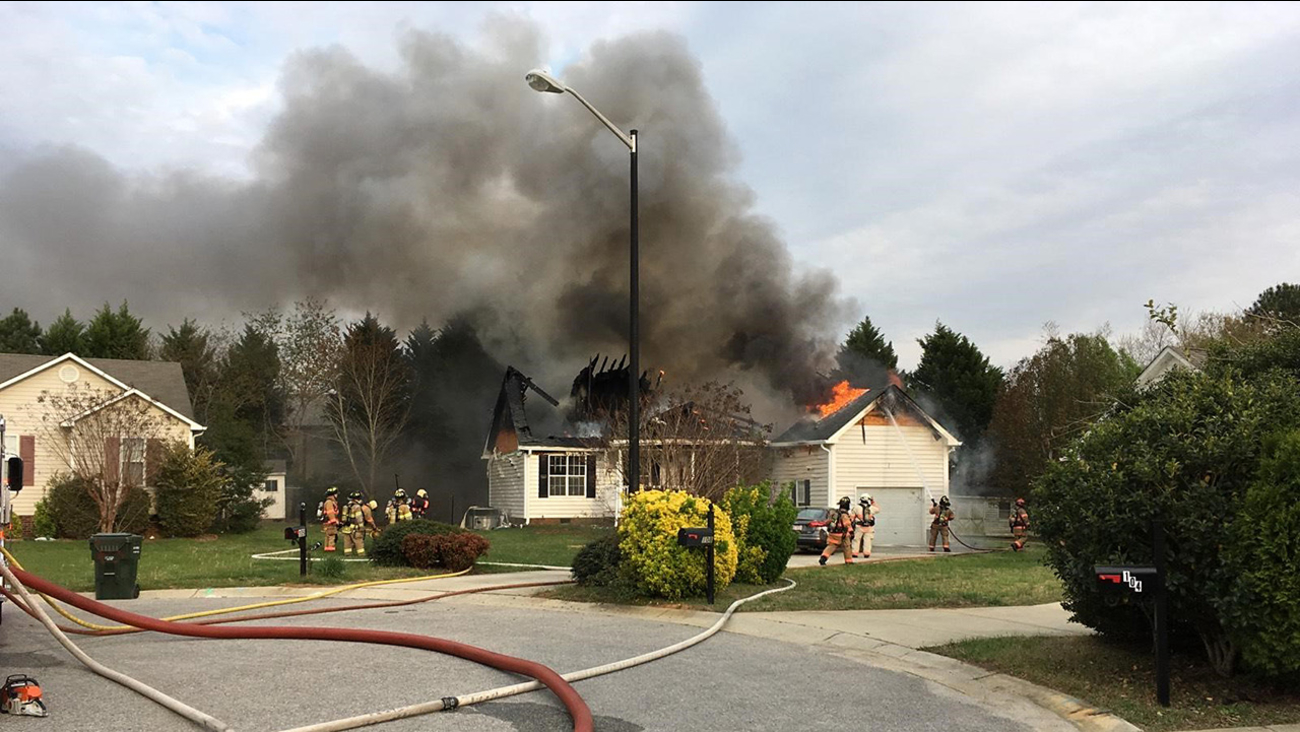 CLAYTON, NC (WTVD) -- A Clayton family is safe but distraught Monday after a fire destroyed their home in the Richardson Place neighborhood off NC 42.

The family wasn't home at the Kildaire Court residence when flames erupted in the rear and roof of the house about 6 p.m. It quickly spread, claiming the lives of one of their cats; originally reports show both cats were found dead but city officials are claiming the second cat is "unaccounted for."

Clayton fire, Cleveland fire, and Wilson's Mills fire departments were able to keep the fire from spreading to neighboring homes, though one of those houses sustained heat damage.

The house was a total loss. Two cats died in the fire.

The house was a total loss, a Town of Clayton spokesperson told ABC11. The Red Cross has been called in and is assisting the family of two adults and a 9-year-old boy.

Multiple neighbors called 911 to report the fire, and smoke filled the sky across into downtown Clayton.

An official told ABC11 the family was extremely upset and barely able to speak to fire officials after coming home to see their home gutted by flames.