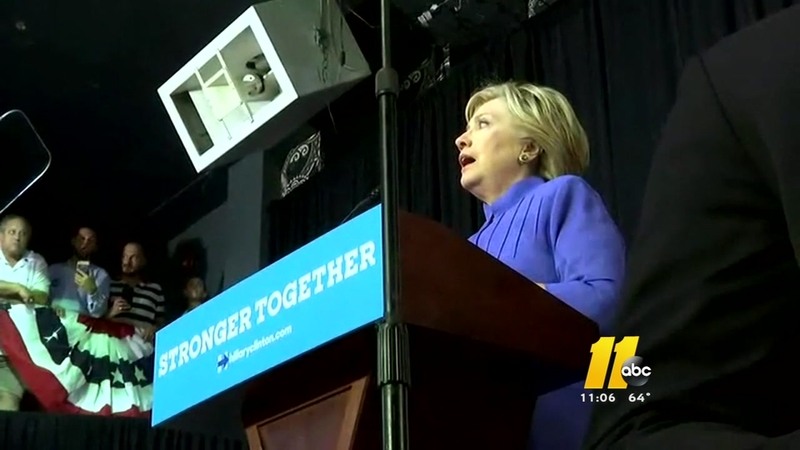 WASHINGTON -- Federal investigators looking into the Hillary Clinton email matter have obtained the warrant needed to start reviewing the emails found on a laptop used by Clinton aide Huma Abedin and her husband, Anthony Weiner.

FBI Director James Comey told Congress Friday that the agency was again reviewing emails related to Clinton's personal server, after it learned of additional information that might be relevant to the case.

Comey sent a letter to key members of Congress informing them that although the FBI had previously announced the completion of its investigation into Clinton's email server, new information had prompted additional review.

"In connection with an unrelated case, the FBI has learned of the existence of emails that appear to be pertinent to the investigation," Comey wrote in a letter released Friday.

Investigators came across the emails while looking into a completely separate criminal matter -- former Rep. Anthony Weiner's alleged "sext" messages to an underage girl in North Carolina. Weiner, a Democrat from New York, is married to Huma Abedin, one of Clinton's most trusted aides, and investigators found what Comey described as "emails that appear to be pertinent" to the Clinton probe on at least one electronic device used by both Weiner and Abedin.

According to a law enforcement source familiar with the matter, federal authorities looking into the Weiner matter first discovered the emails weeks ago. The process that followed was a complicated one, with lots of back and forth over how to handle the situation and whether the FBI needed to get a warrant in order to review the newly discovered emails.

In his letter Friday, Comey said the review would be carried out "to determine whether they contain classified information, as well as to assess their importance to our investigation."

"[W]e don't know the significance of this newly discovered collection of emails," Comey wrote to FBI personnel in an internal message later in the day.

It's unclear how long the review process will take, according to Comey.

During a House hearing last month, Comey was asked if he would "re-open" the Clinton investigation if "relevant and substantial" information was uncovered.

In conversations with FBI counterparts hours before Comey disclosed that the FBI was hoping to review the emails, Justice Department officials emphasized that the department has long steered clear of taking such investigative actions close to an election if those actions could potentially influence the outcome of an election, sources familiar with the matter told ABC News.

Justice Department officials were also concerned about the planned disclosure because the FBI had yet to review the newly discovered emails.

"We don't know what this is yet," one source said, adding that no one knows if "there is any 'there' there."

But Comey "decided to move forward anyway," another source said.