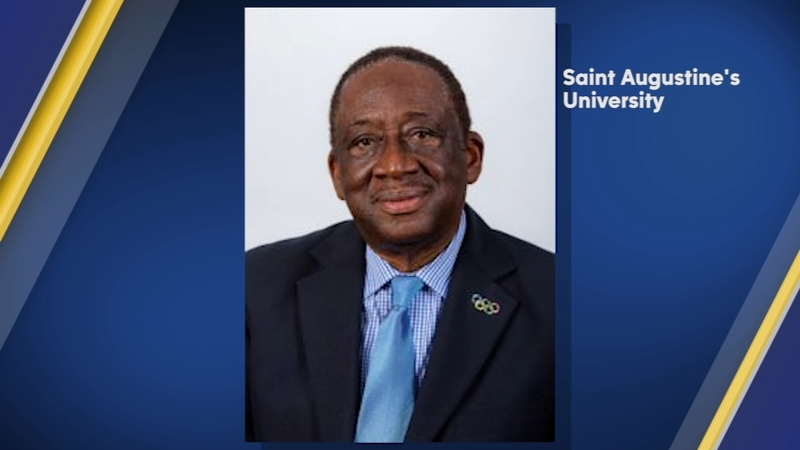 The family released a statement through SAU:

"While in Qatar for the World Track and Field Championships, Coach George Williams was involved in a vehicle accident. He has serious injuries but is alert, responsive and expected to fully recover," the release said. "He is under great medical care in Qatar and will remain here for treatment. The family is truly appreciative of all the support and ask that you continue to keep them in your thoughts and prayers."
"We do feel a sense of loss here, because he's a big part of this community here," said Kim Scott Davis, a former athlete who competed for Williams.

She shared one of her favorite memories, even before she hit campus.

"His wife, Miss Olivia Williams used to be my social studies teacher. And when I got to high school, he realized I was a sophomore at the time and couldn't talk to me. So when I finally had the opportunity to come to St. Augustine's and I met him, he remembered me running track from a very young age. So that's a blessing," Davis recalled.

"Coach Williams always would take us - I'm from Virginia Beach originally - take people under his wing and was just a father figure to all of us," added Pierre Olds, another fellow athlete who competed for Williams.

Williams was the 2004 U.S. Olympic Track & Field Head Coach. According to the University, Williams has 39 NCAA national championships under his belt and has won more championships than any active coach regardless of division and sport.