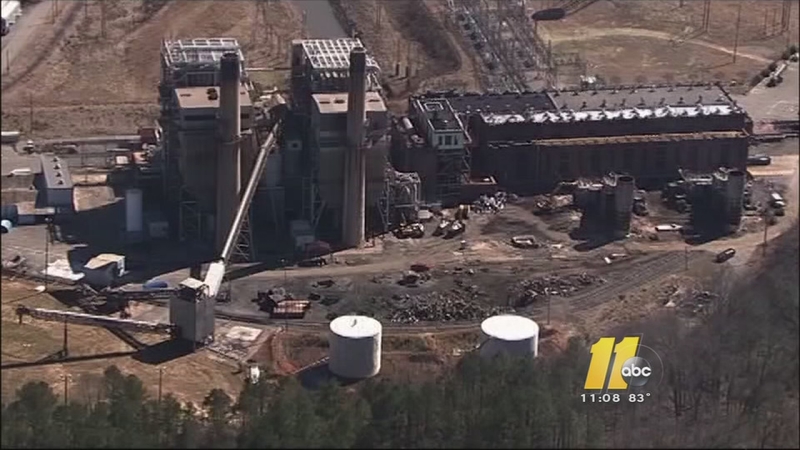 RALEIGH (WTVD) -- With a 46-0 vote North Carolina's Senate unanimously rejected the House's version of a coal ash clean-up plan, calling it too lenient.

It was an expected move Monday night that sailed the bill straight to a conference committee, where negotiators from both chambers will iron out differences.

"We don't agree with a lot of changes made in the House, and so we want to see if we can work those out," explained Senate-version co-author Republican Tom Apodaca, of Henderson.

The legislation is the state's response to February's massive coal ash spill at a Duke Energy plant in Eden which spewed toxic gray sludge 70 miles along the Dan River.

Last month, the Senate passed the original bill that would require Duke to store ash from dumps at four plants into lined landfills or sell it for the construction industry in five years. That version also makes Duke close all North Carolina coal ash pits within 15 years.

"Its human nature not to do things unless you know they've got to be done in a certain amount of time," said Apodaca.

The House-version of the bill, passed earlier this month, would allow state environmental regulators to give Duke more time to clean up its coal ash plants than the timeline set forth in the Senate bill. The House rewrite would create a coal ash commission to oversee the industry in the Department of Environment and Natural Resources, rather than in another department entirely: The Division of Emergency Management in the Department of Public Safety.

Critics say both bills encourage Duke to cap its ash pits instead of cleaning them up, gives the utility too much influence over its deadlines and falls short of keeping the company from passing costs on to consumers through rate hikes.

Leaders on both sides of the aisle are lauding it as an overdue fix, which they can negotiate.

"It's a decades old problem, and I'm proud of the Senate and the House for stepping up and actually providing a solution to it. It's the first state in the nation to do it," said Republican House Speaker Thom Tillis.

"We will not leave here without a coal ash bill of some type," said Apodaca.

Those conference committee negotiations are expected to begin this week.