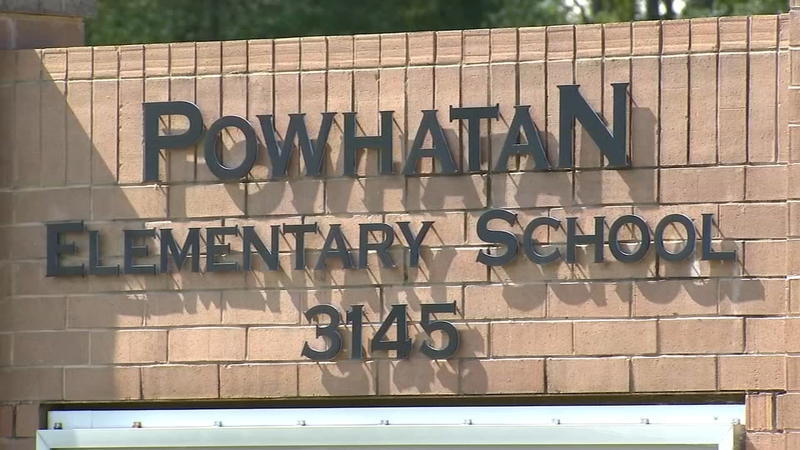 Mom concerned after daughter says classmate threatened to kill her

JOHNSTON COUNTY, N.C. (WTVD) -- A Clayton mother wasn't sure what to do when her daughter came home and said a classmate threatened to kill her. After the fourth-grader was nervous to go back to school, the mother decided to reach out to police.

Cody Graves's daughter, a fourth grader at Powhatan Elementary School in Clayton, came home Monday afternoon saying a classmate threatened to kill her, their bus driver, and break into her family's home.

Graves said the incident happened just as school was letting out for the day and her daughter reported it to her substitute teacher, but Graves said the school never notified her.

After calling the school that afternoon, Graves said an administrator eventually got back to her letting her know the other student would not be riding the bus the next morning, but due to confidentiality, Graves would not be notified of any potential disciplinary action.

A spokesperson for the Johnston County School System told ABC11 that Powhatan's principal, Dan Kerwin takes all of Graves's concerns seriously and has investigated the incident.

Graves posted about the situation to a community Facebook page for parents, asking other mothers what steps they would take if a threat were made against their child at school.

Many parents commented, saying she should call law enforcement, so that's what she did.

In response to Graves's phone call to the police department, an incident report shows the SRO visited the school Tuesday morning.

Graves said the SRO later assured her there were no weapons in the boy's home that he would have access to.

"These are kids and this is crazy that this kind of thing would happen," Graves said about the threat that made her 10-year-old daughter nervous to go back to school. "I don't feel confident, especially not with my daughter's life, saying that 'Oh, I'm just gonna brush this off and say oh, it's no big deal. I'm sure he didn't mean it.'"

Chief Myhand told ABC11 anything involving a threat of violence, no matter the age of those involved, including this incident, should be reported to law enforcement.

Myhand said while a threat made by a middle or high-schooler would be taken more seriously, it's important for law enforcement to know about any threats made at a school.

"It puts that child on our radar," Myhand said, citing the recent example of the shooter at Marjory Stoneman Douglas High School in Parkland Florida.

In that case, dozens of police reports were filed over the years regarding the shooter's threats and misbehavior leading up to the massacre.

"We would much prefer that more pieces of the puzzle get plugged in so we can put a picture together before something really happens," Myhand said.

ABC11 spoke with the father of the other student involved, who said his son had been bullied for weeks leading up to the incident.

Johnston County Schools Interim Superintendent Dr. Jim Causby did not address the way this specific incident was handled but told ABC11 parents should do what makes them feel most comfortable.